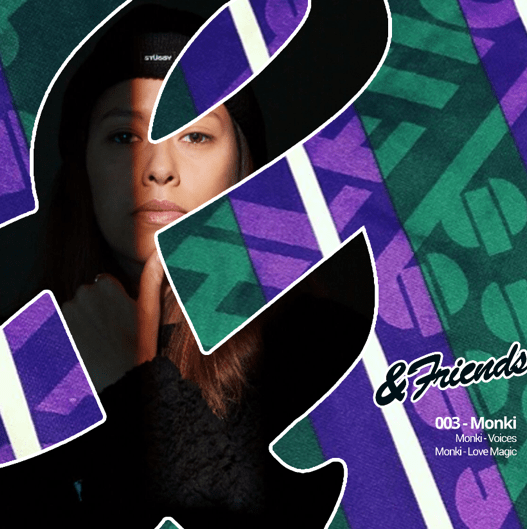 Monki’s annual ​&Friends ​compilations ​have become a continuation of her A&R expertise, showcasing collaborations from ​Denis Sulta & Hammer, Mele & Altern8 and more in 2017. This year, Monki took her A&R prestige up a level with her new label ​&Friends​, kicking off with an EP from French producer ​Chambray.

Now, her own debut EP marks another step forward for the label. Stepping up with two cuts full of the energy you get from a Monki DJ set, Monki presents two tracks that have gathered support from heavyweight peers such as Jamie Jones, Solardo, Skream and Annie Mac.

Monki’s is a sound that has become steeped in house and techno, providing a steady beat and arpeggiated bass groove, to create an instant after-hours classic. The production is a contrast to the more disco-inspired sounds of​ ‘Love Magic'.

Having cut her teeth on the airwaves as a DJ on influential underground stations such as Rinse FM and ​Jackie Radio​, Monki has DJ’d in some of the UK’s most iconic venues and more further afield before rising to become one of BBC Radio 1​’s resident DJs. She continues to cement her reputation as an underground tastemaker, championing electronic talent such as DJ Seinfeld, Dan Shake and Big Miz.