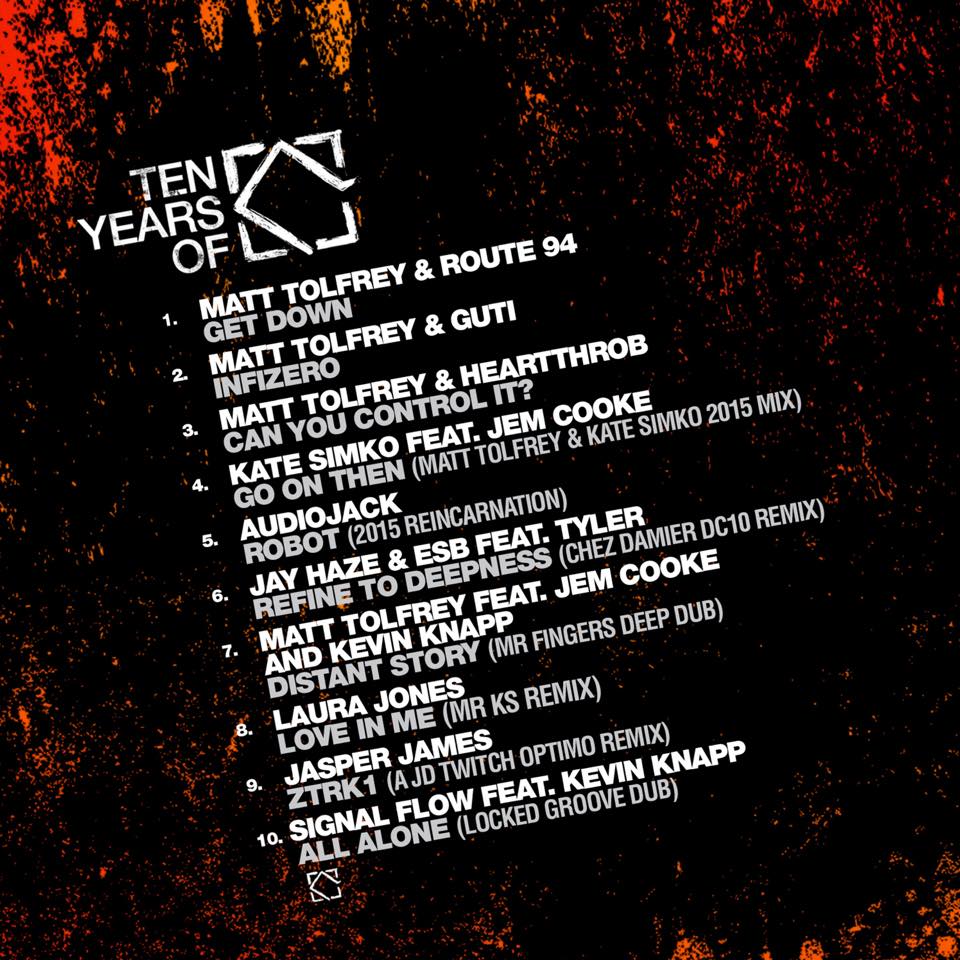 A defining factor in the careers of artists like Laura Jones, Subb-an, Audiojack, Jasper James and Kate Simko as well a home from home for established acts like DJ Bone, Jay Haze and Steve Lawler, Leftroom is undoubtedly one of the UK’s most influential house/techno imprints. Always pushing forward, adapting and influencing movements within electronic music, Leftroom and it’s label boss Tolfrey count an enormous amount of DJs, clubs and punters as fans, evident when glancing over tour dates or glowing promo reaction sheets.

The ten tracks of ’10 Years of Leftroom’ neatly encapsulate what the label is and has been about – underground music that reflects the discerning taste of its curator. There’s new material from label boss Matt Tolfrey, who collaborates with Route 94, Guti and Hearthrob, there are updates on career defining cuts from Audiojack and Kate Simko plus heavyweight remixes from Chez Damier, Optimo and Mr. Fingers.

Accompanying the 10 tracks will be a mix from Tolfrey himself and a 10 Years of Leftroom tour, having already checked in at a handful of festivals and overseas club shows, goes into full swing in the Autumn.

The ’10 Years of Leftroom’ compilation is out November 2015.