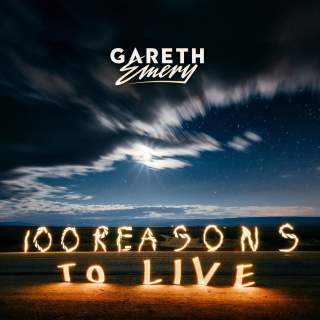 Last Friday, U.K. producer, songwriter and DJ Gareth Emery revealed the title and release date of his forthcoming album. ‘100 Reasons To Live’ will be released by Garuda and Armada Music on April 1st ; first single ‘Reckless’ feat. Wayward Daughter has been launched accordingly and is available as instant gratification with album pre-order.

Known all over the world for his keen ability to blend house, progressive and trance into his own style of music, Emery continues to build on his reputation for the follow-up to ‘Drive’ and debut album ‘Northern Lights’ in 2010. Fans have already gotten a taste of the album through radio smash ‘Hands’ with Alastor feat. London Thor and ‘Until We Meet Again’ with Ben Gold. Other featured artists joining in on ‘100 Reasons To Live’ include Christina Novelli, Corey Sanders, Joseph, Gavrielle, and Alex & Sierra.

The album will be supported by a tour across North America, allowing for Emery to pass through renowned boutique clubs in Washington, San Francisco, Boston, Toronto and more, offering his fans a chance to experience the album via DJ sets in an intimate setting.