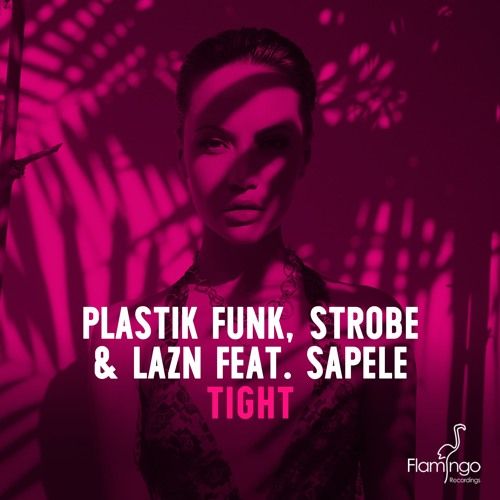 Last year, German powerhouse duo Plastik Funk took the dance music scene by storm with their smash hit "Who" (with Tujamo), and now they've returned with another groovy, seductive house track to kick off 2016. The new release, "Tight" (with Strobe, Lazn feat. Sapele) may sound familiar to those with well-trained ears; some heavy hitters like Nicky Romero, Martin Garrix, Gregor Salto, Don Diablo among others have featured it in their sets and radio shows as an ID, and listeners mistakenly tagged the track as a brand new Eelke Kleijn & Mike Mago single. With its deep house influences and soulful vocals, "Tight", as Flamingo Recordings' release, will ignite dance floors around the globe – and perhaps even inspire some late night romance after the club.

Rafael Ximenez-Carrilo and Mikio Gruschinske did not always intend to create electronic music; the two began DJing hip hop music while in high school together, but branched into house music after being transformed by the beats of legends like Frankie Knuckles and David Morales. After a series of club hits, Plastik Funk joined the international tour scene and then produced "Who", which put them in the UK spotlight and peaked at 21 on the UK Singles Chart. Plastik Funk have since fine-tuned their signature sound, which blurs the lines between progressive and tech house to create a captivating and energetic vibe that is suitable for both relaxing and hitting the town. The early attention "Tight" has gained from its ID speculation positions Plastik Funk for a well-deserved place as one of this year's hottest rising talent.