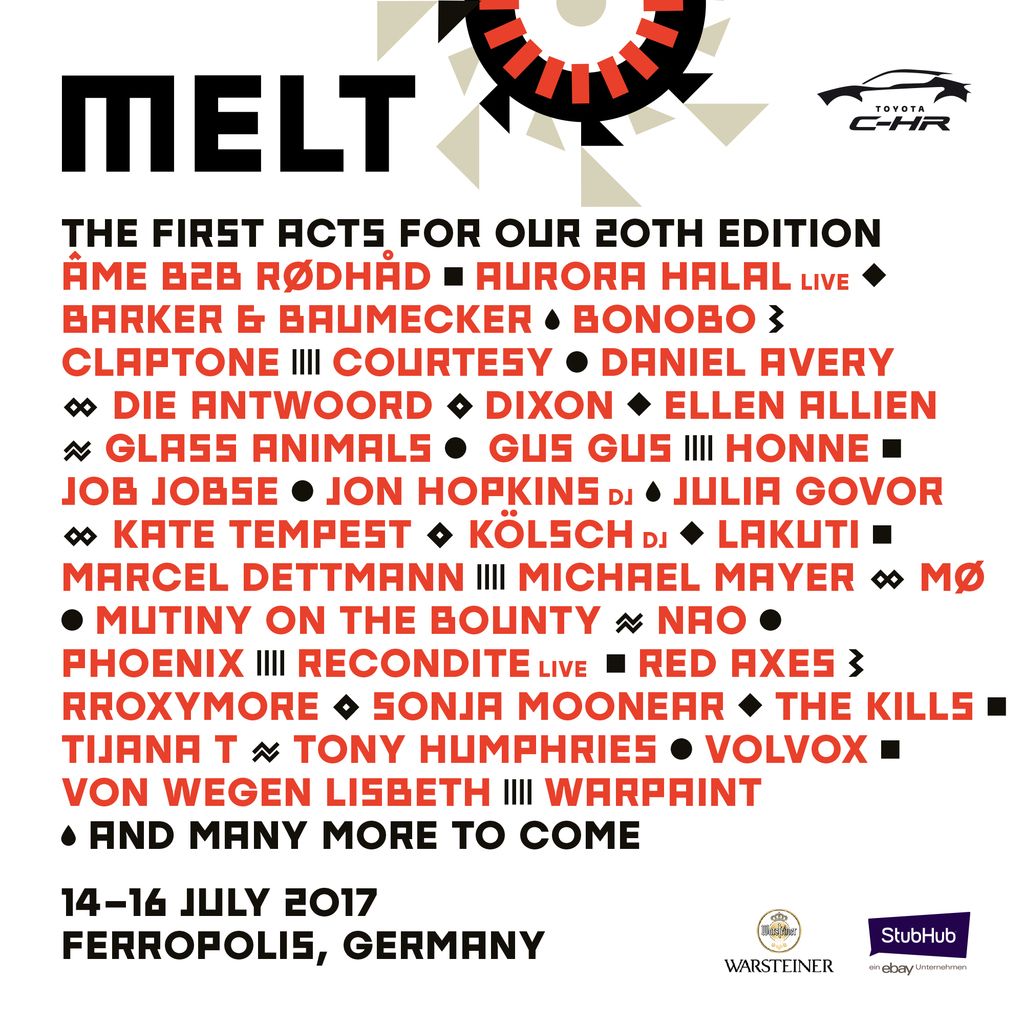 In 2017, the Godfather of German festivals, Melt Festival, celebrates its landmark 20th anniversary with a line-up that represents the musical breadth and diversity that the festival has come to represent.

Launched in 1997 by the owners of the legendary Berlin record shop, Melting Point, what started as a small stronghold for Berlin techno enthusiasts has, over time, become one of Germany’s most influential music festivals. Melt has acted as a launching pad for some of today’s biggest electronic talents: the likes of Dixon, Richie Hawtin, Ben Klock have all been playing there for over 15 years, long before topping any DJ charts.

Testament to the festival’s enduring popularity with artists and festival-goers alike, Ellen Allien has held a residency at the festival since its inception, while the Meltselektor stage, curated by Modeselektor, has been a mainstay since 2010. Melt is also known for making strong statements against racism, homophobia and discrimination in Eastern Germany, a historically problematic area in terms of right-wing sentiments. In 2004, they hosted the infamous Labrador Bar, one of Berlin’s preeminent gay parties while today, the LGBTQ+ stage is curated by Berlin’s legendary Yo! Sissy collective.

But the festival’s most notable feature is undoubtedly the site itself. Based in Ferropolis, an hour south of Berlin, Melt’s famous site is commonly referred to as ‘The City of Iron’ and often ranks highly on lists of the world's most unusual and striking festival sites. A former coal mine that is home to a number of enormous cranes and towering diggers, the machines create a truly spectacular backdrop for post-industrial raving.

Among the first acts confirmed for 2017 are: notorious South African duo Die Antwoord, who have carved an inimitable musical niche, straddling electro, rap, white trash attitude and art; French indie pop-rockers Phoenix, who will be returning to the City of Iron for a fourth time with material from their brand new album, and British-American duo Alison Mosshart and Jamie Hince aka The Kills.

With many more acts still to be announced, 2017 looks set to be a vintage year in Melt’s 20 year history.

Plus, on Saturday 18th March 2017, Melt Festival will take to London’s newest venue, Printworks, for a special showcase featuring Chris Liebing, Recondite, Julia Govor, Kiasmos, Mind Against, Tommy Four Seven and Inigo Kennedy. Entry to the party will be free for the first 100 people to buy Melt Festival tickets at www.tickettannoy.com.