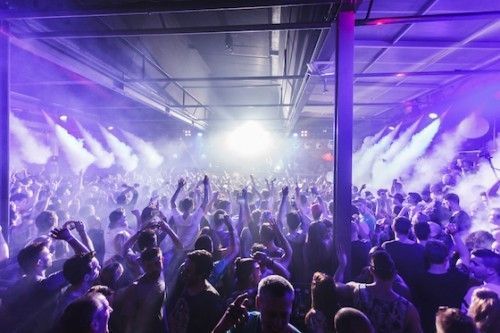 After more than four very intense months full of success, Space Ibiza bids farewell to the season with the #SpaceClosingFiesta. The expected date marking the end of summer in Ibiza brought thousands of people together who enjoyed 37 DJs that performed in the six dance halls of the club.

Like every year, Space Ibiza erected its large outdoor stage, Ultra Music Ibiza. In this impressive area, classic to all great celebrations, we were able to enjoy more than 8 hours of uninterrupted music starring big names in the music scene such as Erick Morillo, Luciano, Camilo Franco, Mykris and the undisputed king of Techno, Carl Cox.

In turn, the rest of the rooms of the club opened its door for the entire night. The Sunset Terrace was the first to open with a crazy session of music and confetti in the hand of elrow. The special guest Eats Everything, among other artists from the Catalan brand, handled the show with their music.

Meanwhile, the Premier Etage was again the point of reference for all those who sought a more “Chill” environment during the celebration. El Salón, focused their programming by established artists in the Ibiza scene.

Next to open at approximately 8:30pm, the Main Room started the engines for what turned out to be a great party. The b2b between the North American Josh Wink and the founder of Cadenza Luciano, plus the John Talabot’s session and Ben Klock’s closing set were the highlights of the area.

The Space Closing Fiesta concluded with a season where the brand of the club returned to position itself as one of the most powerful in the world. Thousands of people , 37 DJs, 6 different stages and more than 17 hours of partying were all of the elements that made up the Space Ibiza closing. Now all we have left is to wait until May 29th to once again enjoy the best club of all time. So long!