25 closings in the Best Club in the World 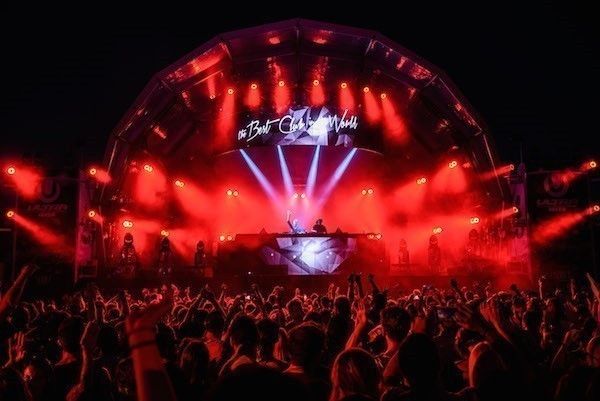 25 closings in the Best Club in the World

The doors opened promptly at 4:30 PM. By that time the public gathered to be the first to enter the Ultra Ibiza stage. As for the big occasion Space Ibiza had opened the rear of the club to create a huge outdoor stage. The temperature hovered around 25 degrees. Everyone knows that Ibiza is kind to its clubbers.

Kicking off this awesome closing festival was Riotgear, a classic at the Ultra Music Festivals, began to warm the atmosphere for clubbers who were entering the area. After the American, the familiar David Moreno proceeded to wait for the final fireworks. Agoria, Disclosure DJ set, Richie Hawtin and Carl Cox were going to blow up the premises with their music.

The Frenchman was the first to arrive, Agoria has been present this season in every major occasion of the club and was not going to miss the last. His performances for both the Opening celebration and the 25th anniversary had been widely discussed and the expectations were set high.

Then came one of the most anticipated moments of all. The Lawrence brothers AKA Disclosure came on stage. The guys in Reigate that have become a global phenomenon, shared with the audience at the Ultra Ibiza stage a DJ set of two full hours. You could hear many of the hits that have given them fame as “Latch” and “You & me”.  After them, the two flagships of Space Ibiza, Richie Hawtin and Carl Cox rounded out the show.

Richie Hawtin showed up around 10 at night. With the public keen to his cause and a legion of fans waiting, the boss of Enter began his set. Electronica at its finest flooded attendee’s ears. Forceful and rhythmic basses Minus the ideologue completed the music menu that had been prepared.

Winning twice this year at the DJ Awards Carl Cox, came on to close the Ultra Ibiza stage. The undisputed King of Techno showed his great form. As always smiling and with the affable aura that he has, his mere presence made the good vibes spread to all clubbers. With his characteristic forcefulness behind the decks, he recharged everyone’s batteries when the party began to move into the club. Where the Main Room, Terrace, Sunset Area, Salón and the Premier Etage was already operating at full capacity.

Just as the outdoor stage was closing, Deep Dish, was already making waves in the Main Room. Dubfire and Sharam together on behalf of the party. With a 2 hour session, they made us remember why there was a time when they made a difference.

The Spaniard Paco Osuna and Gaiser whisked away in the room until the final set by Russian Nina Kraviz. She, just like Agoria, have been in every important occasion this year at Space Ibiza. For this occasion she had the honor of closing the Queen clubroom. Her class on the decks and her ability to give meaning to every track rocked the room.

Meanwhile, in the Terrace, was the most avant-garde of the night. John Talabot, Visionquest, DJ Tennis, Pional and Kehakuma resident himself, Javi Bora, showed us that electronica has many variations and Space Ibiza can enjoy each and every one of them. A crowded dance floor, the best sound in the world in the hand of Funktion One and a great atmosphere, would ensure that the closure of the room would be spectacular with Carl Cox and Nic Fanciulli laying out tracks together.

The b2b of the night started at 7 in the morning at the legendary dance floor of Space Ibiza. Carl and Nic prepared an explosive set of tracks in their backpacks. 5 hours of music in the most pure “house brand” style was the icing that the best club in the world prepared to close their season. If all of these ingredients were not enough, the room opened to the Ibiza sky at dawn, reminding us of the great moments that have lived when there was no roof on it.

Another year that Space Ibiza closes with one last big party in style. Major international stars joined the good work of the club that resulted in a magical night where, as the club founder and owner Pepe Roselló has always said, “Music is the only star”.