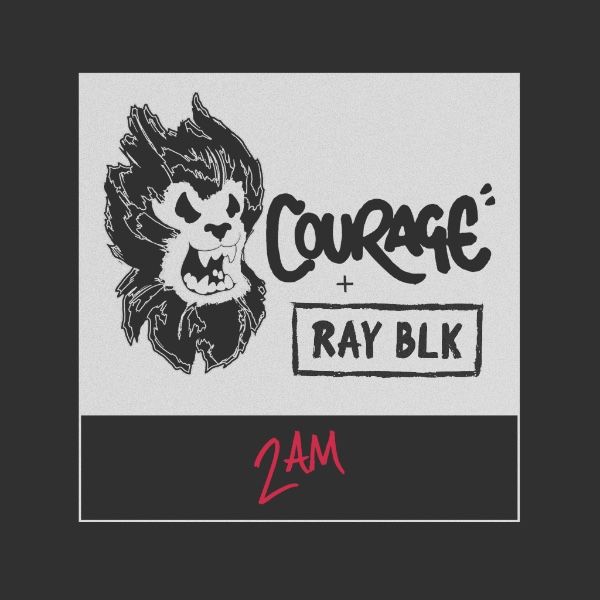 An intoxicating coupling of Courage’s seamless production style and Ray BLK’s soulful vocals; 2am tells a tale of isolation and loneliness in a city bustling with life.

Speaking on the track, Courage says;

"2am was the first track I ever wrote with Ray, it came together so effortlessly and I think it captures so much imagery. She's an amazing storyteller and I wanted the production to almost be the soundtrack to the story she's telling"

2am marks the second collaboration between these up-comers; Courage previously produced Ray BLK’s striking ode to South–London My Hood (ft. Stormzy). This received support from a wealth of tastemaker publications including The Fader, Dazed, CRACK and The 405 and was playlisted on BBC Radio 1.

Made up of 7 tracks, Get Some Courage Volume 1 is a standout cohesive body of work, coupling his distinctively infectious bass lines with characterful synth and vocal samples.

Looking For leads with a punchy bassline, layered with a cascade of sounds and an infectious vocal. Following this is recent offering New Years Eve In A Haunted House, a bass heavy, experimental track with a sonic spookiness befitting its moniker which saw Courage gain plays from the likes of Annie Mac, Monki, Target and Danny Howard. Courage’s sun drenched collaboration with Carmody, We Had The Night transports the listener to warmer climes with its twinkling synths, sensual vocal lines and Latin American beats.