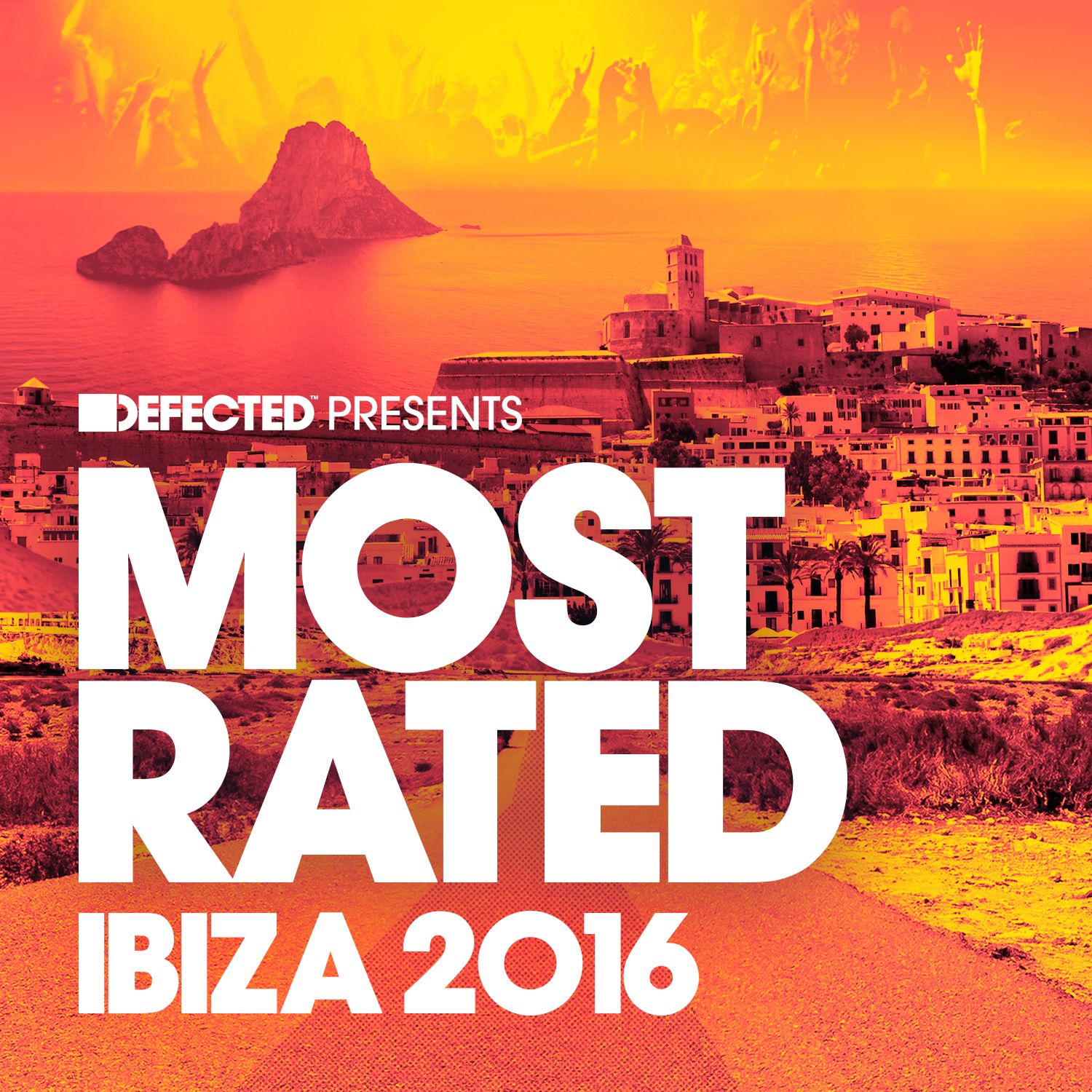 With another Ibiza Season well underway, Defected presents its collection of the very finest, most talked-about records from the White Isle: it’s Most Rated Ibiza 2016, setting the standard held by Ibiza’s most influential selectors.

Every year the Most Rated Ibiza edition consolidates the breakout DJ essentials with the tastemakers’ underground gems alongside the bona-fide hits of the season in one well-considered package. The album comprises over 30 full-length, unedited, unmixed house tracks plus two continuous bonus mixes featuring everything from Purple Disco Machine to Jamie xx. From the ubiquitous Lee Walker hit ‘Freak Like Me’, to music from AAA globetrotting stars such as The Martinez Brothers, this is an essential collection for all those house music fans wanting (or rather needing) to stay bang up-to-date.

An album loaded with sunshine-friendly cuts, Most Rated Ibiza 2016 sees Dennis Ferrer returns with his brand new track ‘Right Thing’ with vocals from none other than Ben Westbeech (aka Breach), alongside Alaia & Gallo’s Beatport top ten hit ‘Who Is He?’ plus Sonny Fodera’s gorgeous ‘Over This’. More quirky underground cuts from the Classic Music Company appear in the form of Eli Escobar’s ‘Phreeky’ and ‘Wonky Bassline Disco Banger’ from Red Rack’em – which give the compilation a real kick, plus some deeper basslines from Worthy & Made By Pete, Adam Port and Full Intention, who make a welcome return to Defected with ‘Beating Drum’.

It’s a tough job going to all the major clubs around the world, speaking to the DJs, getting every tip and leaving no rock unturned or record bag unexamined, but, as a result, Most Rated is the ‘go-to’ album series for DJs, house heads and clubbers alike, demonstrating everything that is great about the current house scene and highlighting the music and artists who continue to prove themselves in the clubs of the world’s best dance music destination.