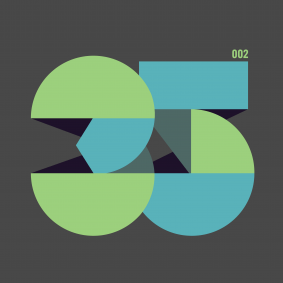 Intec label boss, RESISTANCE Ibiza resident and long-time dance music titan Carl Cox is as in demand now as he ever was. His spin on ‘Acid Track’ is one that teases and pleases with big builds and hard hitting drums. The acid line is paired right back then grows throughout until taking over and blowing the roof off any club. Swiss-Chilean minimal master Luciano brings the sort of elongated intrigue you would expect of the Cadenza founder. His dubby version builds the pressure with sci-fi pads swirling round the drums while a manic but soft-edged acid line freely evolves and takes you on a trip deep into the dead of night.

Siberian born, Napoli based fast rising star Anfisa Letyago has made her mark on Nervous this year and here offers a no nonsense, pounding acid techno banger with mind melting vocal riffs that loop you into a frenzy. Dutchman Lorenzo Cheng is another one on the rise and his contribution is a heavy hitting weapon with stomping drums and frantic acid blistering its way through the grooves, while last of all is Rotterdam new school talent Najel Monteiro with a fat, dubwise remix that allows the ripping 303 centre stage.

This is another fresh package that proceeds later volumes featuring some of the biggest names from dance music past, present and future.

The vinyl release can be pre-ordered exclusive via Diggers Factory HERE
Part one of the series, featuring remixes from KiNK, Bloody Mary, Paco Osuna, Analog Kitchen and Beyun is also available to pre-order HERE.