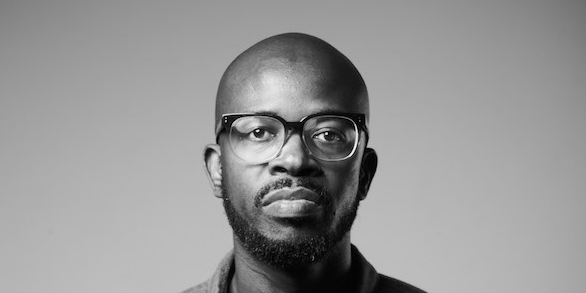 This summer offers up an amazing array of music performances around the globe, from synth giants Depeche Mode in Bilbao to garage comeback kid Craig David in Amsterdam, Chilean electronic maestro Nicolas Jaar in Marrakech and South African house hero Black Coffee in Ibiza. Here's 5 must-see music performances happening in 2017 that will make you want to pack your suitcase and hit the road….

All eyes will be on Bilbao this July as Depeche Mode kick off a summer of festival appearances with a headline show at Bilbao BBK Live. With tracks from their critically-acclaimed fourteenth album 'Spirit', including the politically-charged "Where's The Revolution", along with an array of classic cuts like "Personal Jesus" and "Enjoy the Silence" sure to make an appearance, the synth giants are sure to deliver another powerful and captivating performance.

SANDRIEN'S MASTERCLASS IN TECHNO AT WELCOME TO THE FUTURE

Dutch DJ and producer Sandrien first shot to prominence on the techno scene as a resident Trouw, one of Amsterdam's defining clubs. Now a regular at De School, the revered selector continues to be one of the country's go-to techno DJs, also performing at major clubs and festivals around the globe, including Berghain, Corsica Studios and Concrete to name just a few. At Welcome To The Future, Sandrien will join forces with longtime companion Carlos Valdes on the Amsterdam stage as they perform b2b with their colourful blend of house and techno.

Welcome To The Future festival takes place on 22 July at Het Twiske's mesmerising nature reserve, just outside of Amsterdam. One of this summer's most extraordinary electronic music events, WTTF 2017 will also play host to many of house and techno's most relevant DJs and live-acts. Loco Dice, Chris Liebing, Seth Troxler, Dave Clarke, Kölsch, Damian Lazarus, Kerri Chandler and Lil Louis are among those headlining the eight stages, with acts including Artefakt, Monoloc, Audion, Jackmaster, Claptone, DJ Seinfeld and Ross From Friends also confirmed to play. And, as always, the Dutch scene is strongly represented, with names like Tom Trago, Steve Rachmad, ROD, De Sluwe Vos, Joran van Pol and Wouter S.

Welcome To The Future takes place on 22 July 2017. Tickets from €53.50 at www.welcometothefuture.nl

South African DJ-Producer Black Coffee begins his first ever Ibiza residency this summer, taking over Saturdays at new Ibiza superclub Hï Ibiza. A graduate of the Red Bull Music Academy in 2003, the house maestro has gone on to become one of the biggest stars of the global electronic music scene, reaching double platinum selling status with his multi-award winning album 'Pieces Of Me', collaborating with everyone from Drake to Alicia Keys and even counting Beyoncé and P. Diddy amongst his fans. Black Coffee will make his first appearance at Hï Ibiza at the club's opening party on Sunday 28th May, followed by weekly residency every Saturday from 3rd June to 30th September.

Hï Ibiza opens its doors for the first time on Sunday 28th May. The club formerly known as Space, will be elevated to new heights, with a fresh new look and the most advanced sound and technologies on the island. From May through September Hï Ibiza will play host to the finest selectors from the global electronic music scene, including an impressive array of high profile residents including Andrea Oliva, Armin van Buuren, Eric Prydz, Glitterbox, Kölsch, Joris Voorn, Luciano, Martin Garrix, Nic Fanciulli, Steve Lawler, Thomas Jack plus many many more.

Hï Ibiza opens on 28th May with parties running all summer. Book now at www.hiibiza.com

With a newly thought out fantasy theme each year, the stunning stage productions at Mysteryland, the longest-running dance festival in the world, never fail to impress. This year the festival's epic production design will set the scene for dance music's biggest players once again, including a main stage performance from Craig David's TS5. Over fifteen years on from his debut album 'Born to Do It', the UK Garage hero is making waves on the dance scene yet again. Since his much-hyped appearance on Kurupt FM, where he went laid down an outstanding a cappella of Fill Me In over Jack Ü's Where Are Ü Now, David has been performing to packed-out crowds everywhere from Glastonbury to Wembley and beyond. Don't miss what is sure to be one of the summer's most memorable performances as takes to the main stage at Mysteryland in The Netherlands.

With over 300 acts, criss-crossing house, techno, disco, African beats, vinyl-only, hardstyle, hip hop and feel-good bands, there's something for every electronic music fan at Mysteryland. Takes place this year from 26 – 27 August, some of the many highlights from the programme include Above & Beyond, Andy C, Armin van Buuren, Axwell Λ Ingrosso, Carl Cox, Deadmau5, Eats Everything, Hannah Wants, Kölsch, Nastia, Oliver Heldens, Rebekah and Sven Väth. All this plus theatre, movies, live art, interactive installation art, street performers, hidden raves in the forests and spectacular shows on awe-inspiring stages complete with lazers, fireworks and more.

Chilean-American musician Nicolas Jaar will bring his captivating live show to Morocco's Oasis festival this September. From 2011 debut album 'Space Is Only Noise', to most recent LP 'Sirens', the multi-instrumental producer continues to make sophisticated electronic music that enraptures critics and fans alike. His live performance at Oasis 2017 is guaranteed to be a true festival highlight.

Nestled on the outskirts of the bustling city of Marrakech in the luxurious surroundings of the Source music resort, Oasis brings a slice of festival paradise to Morocco, shining the light on North Africa as the latest must-visit festival destination. This year's line-up includes an exclusive Opening Party headlined by Solomun, plus a weekend of mind-blowing sets from Richie Hawtin, Nicolas Jaar, Maceo Plex, Marcel Dettmann, Moodymann, KiNK, Karenn, Charlotte de Witte, Jeremy Underground, Chloé and more. In addition to the cutting-edge music programme, there is daily yoga, massage and reflexology, authentic local street food, henna artists and more. With the 'Red City' of Marrakech just 10 minutes from the festival it's also the perfect opportunity to explore the rich Berber, Arabic and Moorish culture, historic sights, desert landscapes, souks, spas and aromatic cuisine.