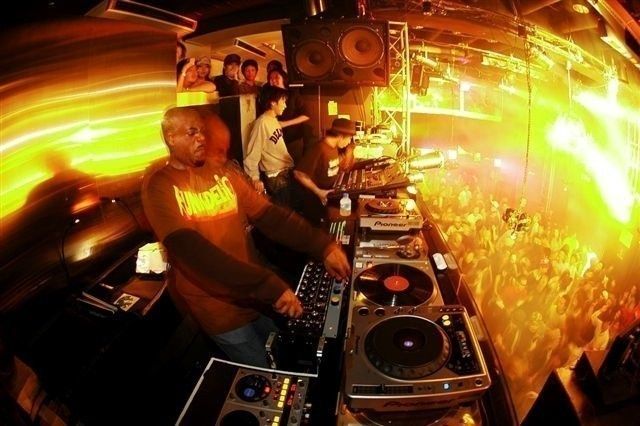 Ihouseu.com catch up with Quantize Records’s DJ Spen, who flies in for an Exclusive DJ set at the first Groove Odyssey: House Legends party of the new year alongside India (Masters At Work) Live on Saturday February 1st at Pacha. Here Spen talks about what’s new, his first big break with the Basement Boys, his UK tips for the top, and how to stay one step ahead.

What kind of a set will you be playing at the first Groove Odyssey: House Legends event of the New Year and do you have any secret weapons you can share with us ?

As I am always in the studio, I always have loads of secret weapons. What I’m going to be playing is going to be determined by what I see the crowd is doing. I’m definitely a jock who is inspired by the people, so I am sure that I will be playing according to the overall vibe I get.

How does it feel to have been on top of the scene for the last fifteen years or so that you have been working ?

To me the entertainment game is always a work in progress. I believe in working hard to maintain visibility, and a good image. It doesn’t feel like I’ve been in this business for fifteen years because it’s so much fun! Doing something that I love to do is nothing but a blessing and I appreciate the love I get in return for the work I put out.

Do you think House is having a renaissance right now and that the music is so strong it’s never really gone away?

The music is just so strong that it never really goes anywhere. People try to name it different things and do it different ways, but the bottom line is that the music always survives. For me house music is uplifting and inspirational and I can’t say that about many other genres especially at the moment. House is definitely here to stay for long time.

And how do you manage to keep it fresh, new and I guess, vital. Is it a case of pressure as a legendary DJ/Producer to always be one step ahead in the house scene?

I work with quite a few talented individuals. Gary Hudgins, Irvin Madden, Thommy Davis, Marc Evans, Sheila Ford, Greg Lewis, and N’Dinga Gaba are people who I work with almost every day that help me to create the sound that you hear coming from Quantize Recordings. I’m blessed to do so many things and I can’t take full credit for all that I do. Since Basement Boys everything that I have done has been a group effort of some sort. These days it’s been a blessing to return to work with Karizma again as a DJ and producer as well.

Recording & Producing must keep you busy. Do you have your own label and is there anyone or track that you’re particularly proud of any and are you psyched about any new stuff upcoming? What do you see as the your greatest musical career highlights so far?

I would have to say I’m particularly proud of the work I done with Marc Evans. He’s a great Vocal talent and his songwriting is second to none. I would have to say that the body of work that we’ve created for him under the MuthaFunkaz production name is awesome. The new label that I am focusing all of my attention on these days is Quantize Recordings, and working with artists like Erin Leah, Tracy Hamlin, LeRoyal, Ziggy Funk, and newcomer, Typheni, Is awfully exciting.

“A Feelin” by Jasper Street Company on Basement Boys label. Even though I had written quite a few records before that one, “A Feelin” was my first production.

House and dance is so much ingrained in British music, are there any UK artists whose music you feel a real affinity for?

Ziggy Funk, Neil Pierce and  Sean McCabe as far as DJ’s are concerned, and Taliwa is a phenomenal singing talent.

You grew up in Baltimore, Maryland, USA and how much of an influence did the neighbourhood around you have on your path towards music? Were there any other major influences such as key people, DJ’s, producers or clubs etc ?

Baltimore was an awesome place to grow up musically. Being close enough to New York and Philadelphia, we had a good and vibrant music scene with DJ’s like Wayne Davis, Thommy Davis and Teddy Douglas, who also worked in record stores and nite clibs like Odells, which were also important  to the legendary music culture that came out of the city.

So after over fifteen years, what does the future hold for you?

Quite a few things! I am really getting into the engineering aspect of music. I really like taking material and making it sound its absolute best. Running a record label in a time when sales are not the greatest is a challenge, but I plan on expanding and growing Quantize Recordings as well.

And before you leave us, can you tell us something you think we should all be listening to before we head out the door  to the first Groove Odyssey: House Legends party?

House music all night long, and I will definitely have some new tracks that I’ll be testing out at Groove Odyssey – can’t wait 😉

DJ Spen flies in for an Exclusive DJ set alongside the voice of Masters At Work, India, at the Groove Odyssey: House Legends party on Saturday February 1st at Pacha London. With Neil Pierce making his debut, GO residents Bobby & Steve and much more, check out the latest news on www.grooveodyssey.com or www.facebook.com/grooveodyssey