Jethro Heston - 6AM In Oakland 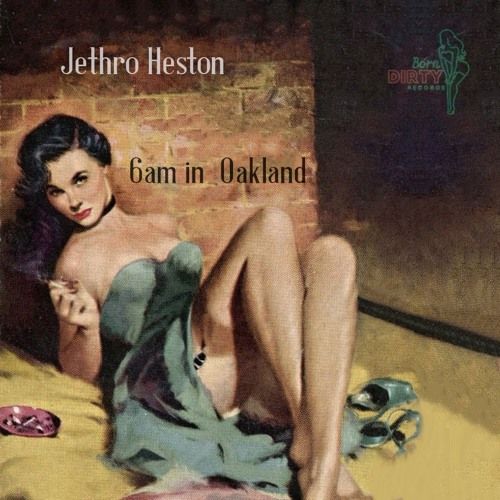 Jethro Heston - 6AM In Oakland

Following the critically acclaimed release of his most recent hit single ‘Only Girl’ back in October, prolific UK house producer, DJ and label boss Jethro Heston now returns with his next juggernaut cut, ‘6am In Oakland’.

Out now, via his very own Born Dirty Records imprint, ‘6am In Oakland’ is the latest in a slew of exquisite productions from the multi-talented Brit, who has been regularly praised over the past year for his inimitable blend of deep tech and vocal house.

Built around an unmistakable spoken top-line, describing a delirious early hours scene somewhere in the Californian coastal city, Jethro adds layers of beautifully arranged textures, drums and synthesisers to the narrative, to deliver a unique sonic journey and one of his most intriguing productions to date.

Touted by critics as one of the UK’s most exciting emerging talents, and with support from industry heavyweights including Blonde, Jax Jones, Full Intention and Benny Benassi to name but a few, Jethro Heston’s productions have received ten of millions of streams to date and have been backed up by the likes of BBC Radio 1 and Selected amongst others.

Previous Jethro Heston releases include ‘Only Girl’ ft. Adam Engle, ‘Cut Me Loose’ ft. Max Marshall, ‘Feel Good’, ‘Desire’ and ‘Slave’ ft. Alex Mills – by which he has built a large and loyal fan base including over 75,000 Facebook and Instagram followers, 3.25 million YouTube views, over 3.5 million Spotify streams (105,000 monthly), and more than 30 million Facebook and Instagram video views.

For further information and up-to-the-minute news on Jethro Heston, follow his social channels below.