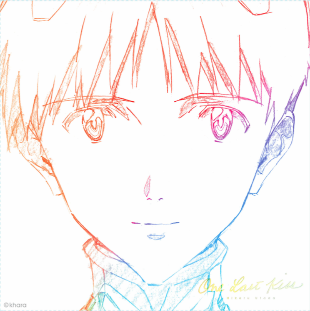 A. G. Cook has produced “One Last Kiss” by Utada Hikaru – the theme song – for the highly anticipated Evangelion: 3.0+1.0 Thrice Upon a Time film. The new installment serves as the final film of the cult Evangelion anime series and was released in cinemas in Japan yesterday. The video also premiered today, and the single will be released today on DSPs.

Utada Hikaru is Japan’s biggest ever selling popstar, with the #1 (First Love), #5 (Distance), and #8 (Deep River) biggest selling albums of all time in Japan. Many also know her through the Kingdom Hearts video game series with her singles “Simple and Clean” and “Face My Fears” (with Skrillex) appearing on their soundtracks.

A. G. Cook is an artist and the head of the PC Music collective. He released his debut albums, 7G and Apple, in 2020. He’s also spent years in creative partnerships with artists, most notably Charli XCX, for whom he was Executive Producer on her albums How I’m Feeling Now (Mercury Prize nominated), Charli, Number 1 Angel, and Pop 2. 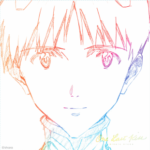