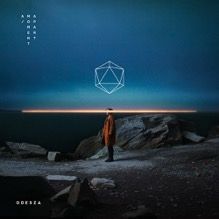 ODESZA (Harrison Mills, Clayton Knight) are one of the most celebrated electronic music acts around with a meteoric rise that has seen them go from playing Birthdays in Dalston (200 cap) to selling out The Troxy in Whitechapel (3k cap) within 18 months. During this rise they have been nominated for a GRAMMY, headlined festivals around the world and worked with the cream of contemporary vocalists. Today, the duo announce their new 16-track album A Moment Apart out 8 September 2017 on Counter Records (a Ninja Tune imprint) and a world tour that takes in London’s 02 Forum Kentish Town.

Album closer Corners Of The Earth (feat. RY X), released today, builds upon a chilling vocal performance by RY X through thunderous low-end and swirling synthesizers, horns and choir that grow and expand throughout the song. The track coalesces into a cinematic, emotional climax in a pure ODESZA style. Also released today, Meridian, is a trademark ODESZA song, filled with rhythmic, pulsating drums and powerful vocals in a bed of lush synths and percussive punch. Meridian has a touch more grit and represents a subtle tone shift for the duo as reflected in the cover art designed by Mills and Michelle Gadeken.

Listen to both Corners Of The Earth (feat. RY X) and Meridian along with the previously released Line Of Sight (feat. WYNNE & Mansionair) and Late Night here: http://odesza.co/playlist.

ODESZA embark on a world tour, headlining their biggest venues to date including STAPLES Center in Los Angeles, Barclays Center in Brooklyn and London’s O2 Forum. Pre-sale tickets are available at http://odesza.com starting Tuesday, June 13 at 10:00am local time. General sale begins Friday, June 16 at 10:00am local time. For the European leg of the tour, ODESZA will be supported byHayden James.

About ODESZA
Harrison Mills and Clayton Knight have earned a GRAMMY nomination and Gold singles in the U.S. and Australia while racking up 29 Hype Machine #1s (most recently for "Late Night"), over half a billion combined Spotify and YouTube plays, and over one billion plays on Pandora. With two full-length albums to their name, the Seattle-based production duo creates atmospheric, cinematic music blurring genres and musical styles while incorporating live instrumentation into their performances. They recently sold out a two-night stint at Red Rocks (19k tickets) in under an hour, have sold out every show in 2015 and 2016 and headline festivals around the globe.