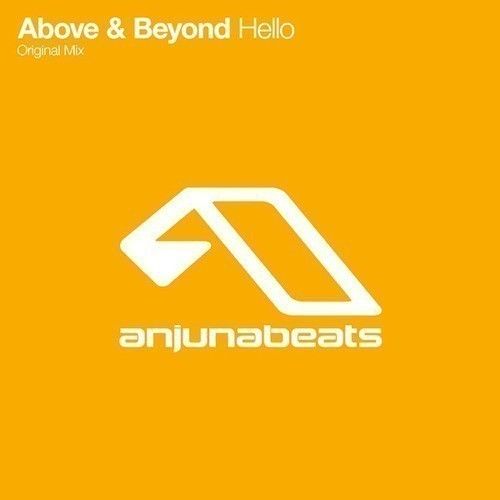 For the landmark 300th release on their renowned imprint Anjunabeats, one of the most celebrated record labels in dance music, Above & Beyond have now released their latest single “Hello,” which is now available worldwide.

Debuted in their ABGT050 set at London’s 10,000 capacity Alexandra Palace, “Hello” blends a myriad of modern electronic influences into an explosive big room anthem that has been setting the forums ablaze since that showcase event. With a pulsing electro-edged riff and quirky edits, “Hello” waves in a breakdown of dramatic melodic beauty that again shines a light on their unique musicality.

A unique band in today’s times, Above & Beyond continue to push their sound forward with their latest release. Having recently enjoyed a #1 iTunes Dance Album across the globe with the critically acclaimed Acoustic album, the London-based band return to their hard hitting electronic club sound with the forward-thinking “Hello” – showing their multi-faced versatility in effortless style.

Responsible for #1 iTunes Dance Albums from artists such as Andrew Bayer, Mat Zo and, of course, Above & Beyond themselves, Anjunabeats celebrates its landmark 300th release in innovative style and signals another year of boundary pushing from the critically acclaimed label.

About Above & Beyond
Over their three critically acclaimed studio albums, Above & Beyond have continually been celebrated for placing real musicianship and songwriting at the heart of what they do. While their famed club mixes have resonated with the dance generation, the songs behind them have touched fans of all ages across the globe. As influenced as much by Jeff Buckley or Bon Iver as they are by their deep love of electronic music, Above & Beyond’s songs and lyrics have been sung back to them at the world’s biggest stadiums and stages – from Brixton Academy to LA’s Hollywood Palladium, to their famed 1 million people gig at Barra Beach in Rio de Janeiro in 2007.