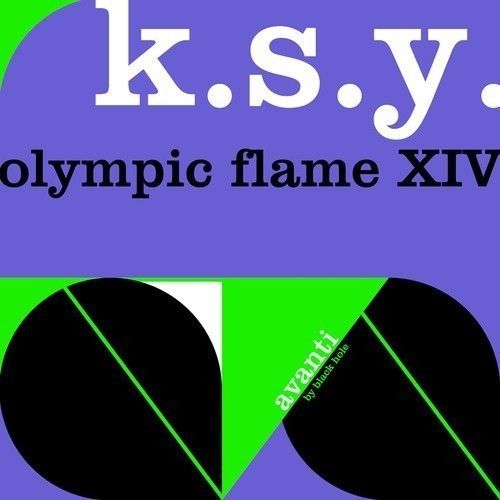 What a month it’s been for Russia. The Winter Olympics seemed to capture everyone’s attention and the pride throughout the country seems to have stretched as far as the electronic dance music world. Russian DJ/Producer K.S.Y. is holding up a strong rep in the music world with his melodic and progressive style, which he creatively mixes up with deep and tech aspects, creating his own unique style, which is being hammered way beyond the Russian borders. His latest – ‘Olympic Flame XIV’ could be his best yet and going on the fact that the world’s #01 DJ – Hardwell, premiered the release and dubbed it ‘Demo of The Week’ – it seems the DJ elite are agreeing.

K.S.Y. is a master of deception when it comes to dance music and this is no doubt a contributing factor as to why he’s getting picked up by the absolute cream of the DJ world. With Gareth Emery also battering the single on pre-release, it’s no surprise that on release, the rest of the world is right behind it. Produced with a big-room breakdown that’ll make you think you’re about to get a smack in the face from a progressive/electro house drop, K.S.Y. switches it up and kicks off a techy and drop that’ll catch you off-guard and remind you that not all dance music sounds the same after all. Comprised of euphoric plucks, smooth and melodic chords and an infectious big-room lead on the break – it’s got everything it needs to be a big room anthem. The change of direction on the drop would at first maybe confuse, but then you realise that this would send a crowd crazier than any overcooked sub kick drum drop ever could. It’s produced to perfection and the use of both big-room and tech sounds makes it so unique and frankly brilliant.

K.S.Y. has taken the success of the Sochi games and applied it to production. It’s a good time to be Russian and a good time to be K.S.Y. – as this is a release that’s going to get him some serious attention – and its completely deserved.

‘OLYMPIC FLAME XIV’ IS OUT NOW

GET YOUR COPY NOW
http://www.beatport.com/release/olympic-flame-xiv/1228346