Above & Beyond Reveal New Music At Sell-Out Alexandra Palace Show 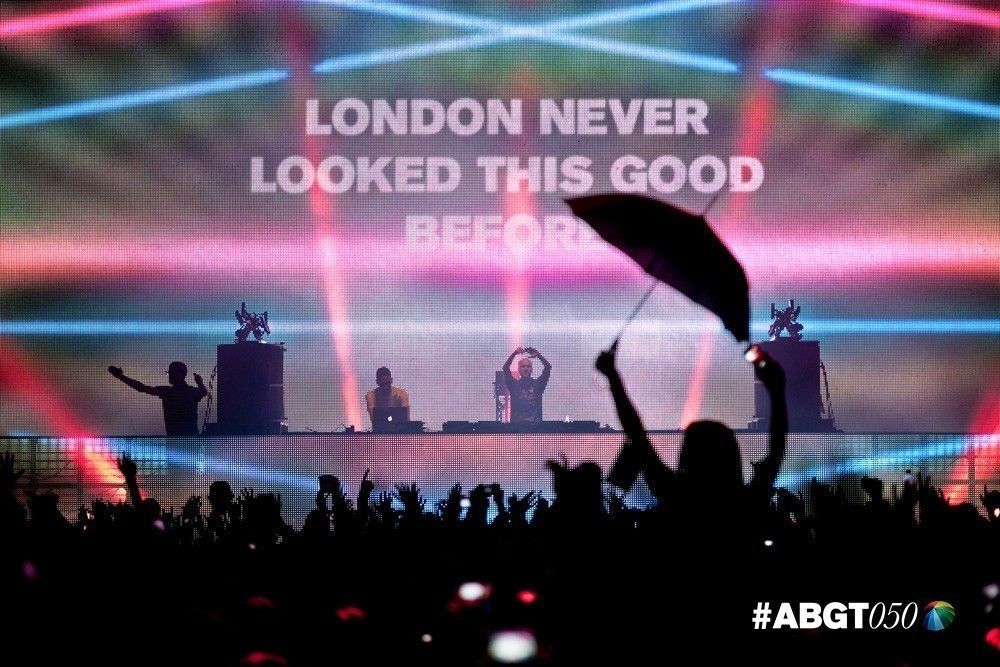 Above & Beyond Reveal New Music At Sell-Out Alexandra Palace Show

Just days after their groundbreaking acoustic shows at LA’s Greek Theatre, Above & Beyond reaffirmed their position at the forefront of electronic music with a live broadcast from London’s 10,000 capacity Alexandra Palace on Saturday, during which they debuted 5 brand new personal productions. Sold out weeks in advance, the ABGT050 event means Above & Beyond have sold over 20,000 tickets across their latest two show weekends on both sides of the Atlantic.

Celebrating their landmark 500th radio show and the 50th episode of “Group Therapy” since renaming the show last year, the London based trio opened their set with a new Genix remix of Above & Beyond classic “Anjunabeach”,  before wow’ing their fans with a pulsating techno-influenced remix of New Order’s iconic “Blue Monday”. Also debuted were two brand new forward-thinking instrumentals – “Mariana Trench” and “ID” – which both fused hard-hitting club elements with the deep, melodic musicality that the band are so well loved for. Teasing fans with a possible track from their third artist album, expected in 2014, Above & Beyond also dropped a new vocal track featuring Alex Vargas, titled “Sticky Fingers”.

In a set that was packed with exclusives and first plays, other notable debuts included the huge “Prototype” by Artificial, an exciting new project from Anjunabeats stars Andrew Bayer and Norin & Rad, and a slew of new melodic productions from this year’s breakthrough label star Ilan Bluestone. Fans were also treated to the welcome surprise of an as-yet-unidentified remix of the A&B classic “Alone Tonight”, as well as a preview from the forthcoming A&B Acoustic album, when Above & Beyond dropped “Sun & Moon Acoustic” as their closing track – prompting a memorable crowd singalong: https://www.youtube.com/watch?v=jWxPJ_O7SUU

Enjoyed by over 25 million fans worldwide, ABGT050 took Above & Beyond’s radio show to the number one global trending topic on Twitter for the 4th year in succession – making it one of the world’s most fanatically followed radio shows of any genre.