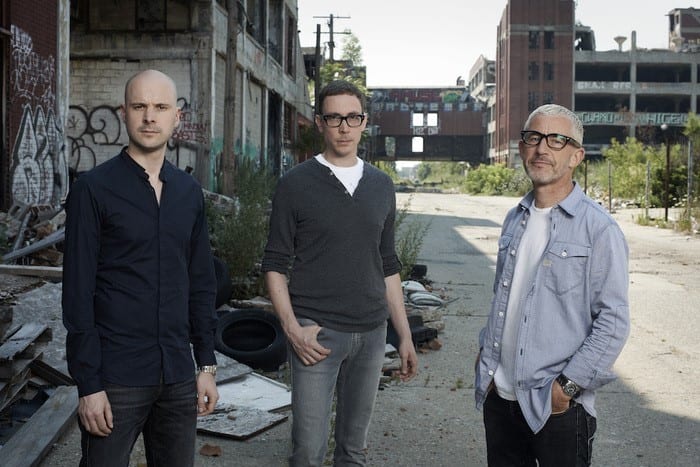 Fans from around the world will converge on Sydney this September 26th for the 150th episode of Above & Beyond’s Group Therapy radio show (ABGT150). For those who can’t be there, the event will be broadcast live to a global audience via www.aboveandbeyond.nu. Jono, Tony and Paavo are bringing their annual ABGT milestone show to the Southern Hemisphere for the first time, for what will be their biggest headline gig in Australia to date.

“We’ve always said that our Australian fans are some of the most passionate in the world and today proves that,” said Above & Beyond’s Jono Grant. “Huge thanks to all our fans down under and to everyone travelling in for the show – we can’t wait to celebrate 150 episodes of Group Therapy with you all on September 26.” True to form, today’s sell-out effort follows Above & Beyond’s previous visit to Sydney on New Year’s Eve, where the band sold out the Hordern Pavilion in under an hour.

For a taste of what to expect this September at Allphones Arena, watch the official #ABGT100 aftermovie from Madison Square Garden: