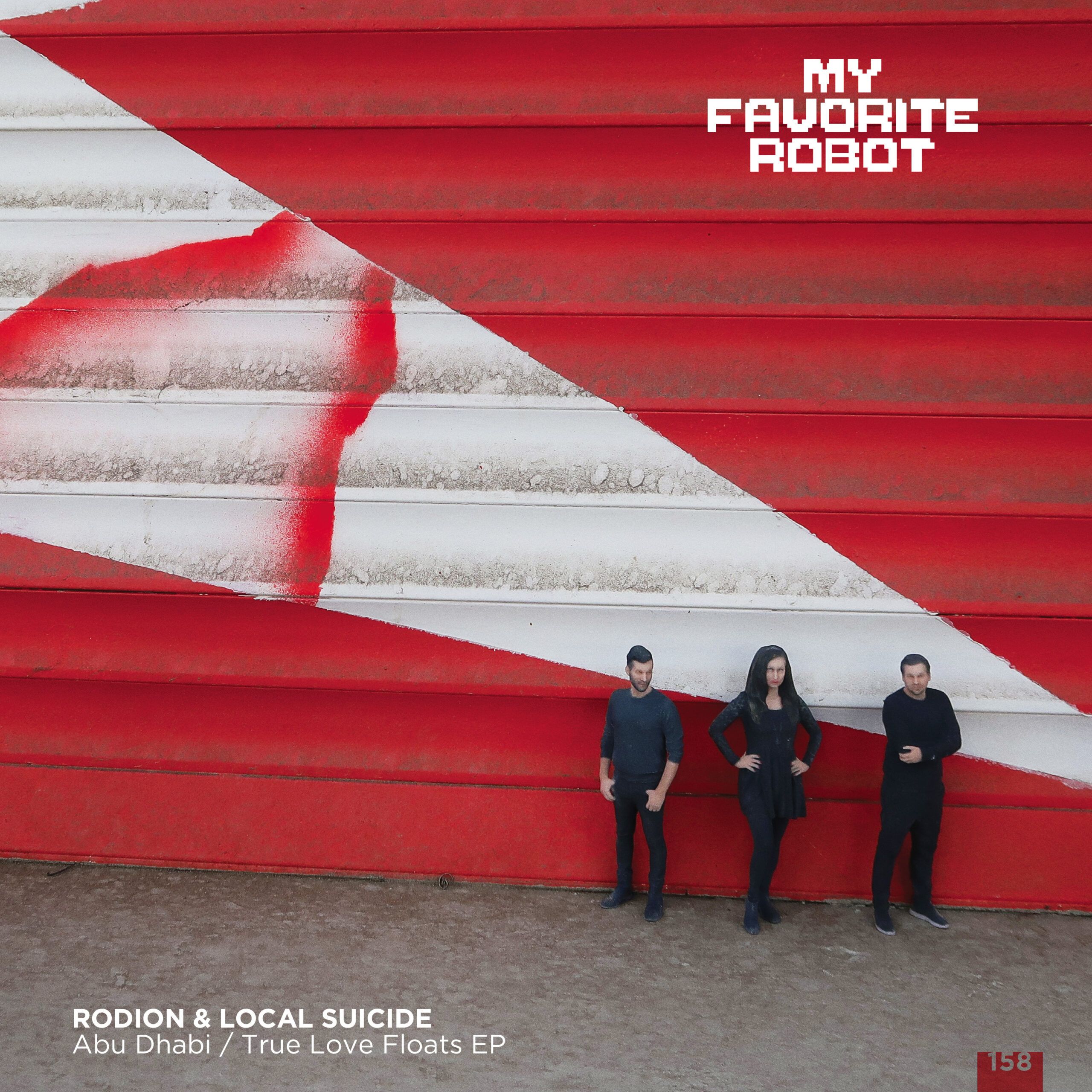 My Favorite Robot welcome the collaborative outfit of Rodion & Local Suicide for their next EP, which comes boosted by remixes from Los Mekanikos, Moscoman and Fairmont, as well as artwork that is made up 3D prints of the act.

Rodion is an Italian classical piano player and acclaimed producer whose albums and EPs for the likes of Gomma, Nein & Nang have helped to reshape modern disco. Also one half of Alien Alien and boss of the Roccodisco label, he is a real studio visionary who for ten years has mixed up classical, trance and psychedelic sounds. He makes everything from chamber music to computer game soundtracks, has remixed Giorgio Moroder and counts the likes of Tim Sweeney, Erol Alkan and DJ Hell as fans. Berlin-based duo/couple Brax Moody and Vamparela aka Local Suicide have been collaborating together since 2007, either as a DJ duo, in bands, or as remixers and producers. They have played all over the world and are in favour with the likes of XLR8R, Thump and Mixmag for their fusions of slow techno, post disco and acid.

These original analog tracks were recorded between 2014 and 2016 in Rodion’s vintage studio in Berlin. They came about when they all met following one of his gigs just after he moved there, and after being in touch online for a while. During one of the nights, Rodion brought friend, producer and singer Ali Bey (part of the Belgrade DJ collective Beyond House and a famous record digger) to contribute.

Impressive opener ‘Abu Dhabi’ includes samples from field recordings from all over the world. The most prominent is the recording from an airport in Bangkok—where Brax Moody and Vamparela were waiting to catch their plane to Saigon—and it ended up being the main vocal hook. The alluring track is a wonky feeling number with gurgling synth lines and gentle releases of white noise lulling you into the groove. A searching synth line and distant siren add urgency and the whole thing feels urban and futuristic.

Comprised of Mexico City producers Max Jones and Eddie Mercury, Los Mekanikos combine raw hypno-rhythm tracks with pumping grooves that pay homage to Chicago, Detroit and Berlin. Their special remix is another late night and unhinged number that encourages you to freak out amongst the panning and paranoid synth patterns and robotic grooves.

Then comes the brilliant ‘True Love Floats’ with Ali Beys singing and Vamparela’s vocoded vocals. The interplay between the two is tense and alien and makes for a perfectly inhuman groove with popping bell sounds, undulating pads and spooky deep space ambiance.

Remixing this one is Berlin via Tel Aviv artist of the moment and Disco Halal label head Moscoman, whose raw machine grooves have impressed on labels like ESP Institute, Correspondant and I'm a Cliche. His slow and purposeful version is deep and psychedelic with disorientating vocals and blistered synths wallowing in a menacing urban landscape. Buy it digitally and you will also get a fine remix from label regular and Canadian Fairmont. He runs the Beachcoma label, has worked with cult outlet Border Community over the years and mixes up dark disco and goth into his own fresh sounds. His remix here is more direct and driven, with powerful drums and well sculpted synths making it another great rework.

This is a unique sounding package featuring plenty of heavyweight names and marks another cultured outing from the always considered My Favourite Robot label.