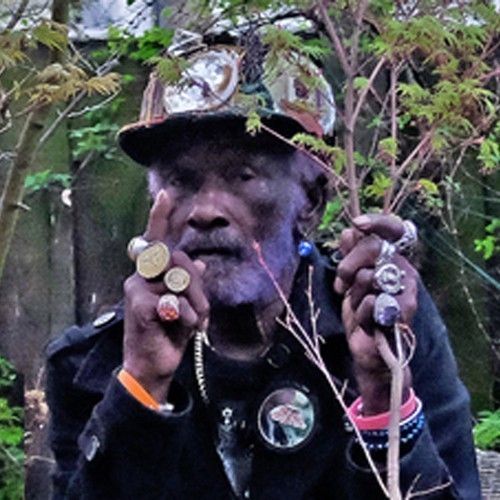 Chart-topping electronic music Godfather Adamski is set to release a unique boxset featuring celebrated acts such as Lee ‘Scratch’ Perry, Congo Natty and David McAlmont. As a youngster, influenced by punk rock and John Peel, Adam Tinley, as he was then, formed his first band The Stupid Babies when he was 11 and living in New Forest in the south of England. Persuaded his 5yr old brother Dominic to sing while he strummed a small guitar, they sent a demo tape to Fast Product Records — a small indie label run by the Human League’s manager, Bob Last. “Everyone thought that was a really precocious and strange thing for an 11 year old to do, but I just thought that’s what everybody did,” Adamski recalls.

Fast Product released the primitive kiddie-punk tracks on a sampler, before legendary alternative BBC Radio 1 DJ John Peel started playing their endearingly twee song ‘Babysitters’ (“Me HATES babysitters!” went the payoff line of the song). The Stupid Babies caused quite a stir, receiving positive write-ups in music mags like Smash Hits and Melody Maker, and Adam was off on his journey. All this, of course, long before his stellar number anthem ‘Killer’ with Seal.

Back to the present…Taking inspiration from the waltz music he became enamoured with during a spell in Venezuela – Adamski serves up an album that works as a not-so-gentle reminder for a generation of producers who regularly cite him as an influence – a reminder that he is still at the cutting edge of electronic music. From its very beginnings, the waltz was revolutionary. It still is. Its roots are somewhat obscure – but what is known is that the first music labelled ‘waltzen’ (meaning ‘to turn’ in old German) was a popular, spinning dance of peasants emanating from rural parts of Austria, Bavaria and Bohemia in the mid-eighteenth century. It was danced in 3/4 time with an accent on the first beat of every measure. The sound is steeped throughout the album – 3/4 beats at odds with a 4/4 saturated world.

Parts of the album were recorded at Adrian Sherwood’s legendary On-U Sound studio, including a track with the  critically acclaimed David McAlmont – known primarily for his work with Bernard Butler, David lends vocals to ‘The Last Waltz’ an Engelbert Humperdinck cover, from 1967 (the year both McAlmont and Adamski were born). The cover is dedicated to the late great Frankie Knuckles and directly references his seminal house classic ‘Your Love’. There are also two tracks in collaboration with the legendary Lee ‘Scratch’ Perry as well as a bombastic track with Bishi. Guests are varied but all share a similar passion for their craft: check out the huge collaboration with Rowdy SS for evidence of that.

Adamski reflecting upon his signature future waltz sound: “After 25 years in the nightspots of the world providing sci-fi beats for hedonists, and even longer as a consumer of all the best scenes from glam rock to grime, I am now spurting all my creative juice into what I call FUTUREWALTZ,” he says. “I realized just how sexy and groovy the Waltz rhythm can be after hearing its influence in the folk music of Venezuela, which is a country I visit a lot. While Googling its origins, I became fascinated and inspired by the history of the Waltz and its social and cultural significance.”

Adamski will forever be remembered for ‘Killer’ – and rightly so, but this album goes a long way in proving he is still a huge creative force in the dance music world.

Admaski said of the track, recorded at Lee’s home in the Swiss Alps:

“I took my usb mic and laptop as I do everywhere I go …Lee poured lighter fuel on it and set fire to it …I suppose to ward off evil spirits …you can never be too careful with bad energy floating around the music biz…the mic is a bit blackened but still works fine …..Lee does several rituals when he’s working on a session…”