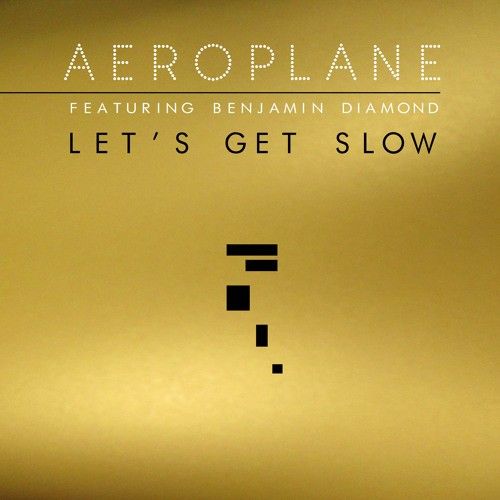 ‘Let’s Get Slow,’ featuring singer Benjamin Diamond of Stardust “Music Sounds Better With You” fame, is the first in a series of singles to come this year from Aeroplane. The single and 4-track ‘Let’s Get Slow’ EP is available now on Capitol (France) and Eskimo Recordings. Listen to a brand new Jean Tonique remix of ‘Let’s Get Slow’ here.

The ‘Let’s Get Slow’ EP is available on iTunes now

Vito De Luca, aka Aeroplane, the Italian-Belgian producer, has established himself as a party-starting DJ, a remixer du jour, and a leader of the nu-disco and Balearica music scene. His distinctive “analog house” sound sets him apart from the rest.

Aeroplane’s debut album We Can’t Fly, an in depth trip into Balearics with a large dose of AOR and Moroder-influenced disco, was released on Eskimo Recordings, PIAS and Ultra in 2010. Well ahead of its time, the album is an obvious precursor to many of the releases of similar genre in 2013 and 2014.

In 2012, Aeroplane was named one of NME’s 20 Most Groundbreaking Dance Acts in the World. Following the success of “We Can’t Fly” and his now classic remix of Friendly Fires’ “Paris”, Aeroplane has released several collaborative EP’s, produced countless successful remixes, and has launched his own record label, Aeropop, in addition to touring the world many times over.