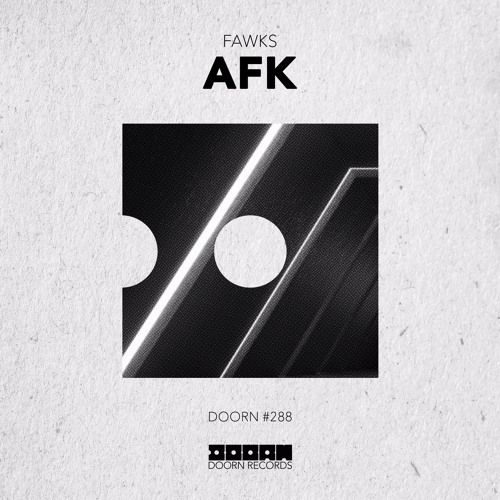 LA-based producer Fawks made a name for himself crafting “flips” of famous artists’ tracks, including Nero, ZHU and, most notably, his rework of deadmau5 which was lauded by the mau5 himself on social media. However, it’s his own deep and dark original electro productions that have set him apart from the general EDM crowd.

Following on from Say You Like It – which garnered support from tastemakers including Billboard, Steve Aoki and Felix Jaehn – Fawks is ready to unleash a brand-new slice of cavernous house music via Sander van Doorn’s DOORN imprint.

“It's been a while since I released original music, spending a lot of time in the underground away from candy-coated gimmicks and getting back in touch with where I came from. This next phase of releases sheds light on the darkness in which I smouldered and sets the tone for a future of heavy dark electro tunes. AFK is a song that depicts that struggle, stifling the temptation of outer influences and realizing the unavoidable return to one's origin.” – FAWKS

AFK is the start of what promises to be a heavy-hitting second phase for Fawks, a rebirth that takes the producer further down the stunning electronic rabbit hole he’s built for himself, and his listeners.

Fawks AFK is out now via DOORN.