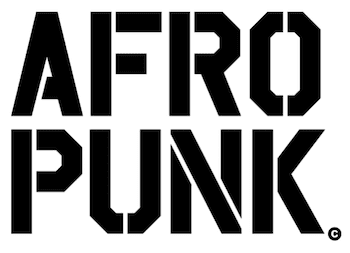 For over 13 years, AFROPUNK has been defining culture in the music world; a triumph of multiculturalism and diversity for people of all races, genders, colours, creeds and tastes. Now with AFROPUNK events in BROOKLYN, ATLANTA and PARIS, the team can reveal it’s first UK edition, taking place in London’s iconic Alexandra Palace on Saturday, September 24th, 2016. A special homecoming event for AFROPUNK founder and East-London born Matthew Morgan; London’s adventure will have a distinct UK edge; mixing homegrown and global talent from the worlds of music, art, culture, food and style. M.I.A, Benjamin Booker, SZA, Ho99o9, Cakes Da Killa, GAIKA, Vodun, Youthman, Soulection and NTS Radio have been announced for London’s first outing, plus ‘WORD SOUND POWER’ – a collaborative project between Akala, Dreadzone and Don Letts, and so much more to come.

AFROPUNK’s message is a clear one – "POWER TO THE PARTY.” AFROPUNK is about education, political awareness and self-empowerment. Respect, breaking down stereotypes, and celebrating individuality are key to the AFROPUNK ethos, and it’s a ‘safe space / no hate’ zone for creativity. London’s first edition will welcome souls from all cultures and backgrounds for a day of positive energy and next-level entertainment. Get a feel for the AFROPUNK spirit by checking the AP Media here.

Party is an oxymoron, it's a gathering of many for a shared purpose and it's also an outcast individual, it's a lively social occasion as well as a gang – and the story of any party is never over, because like naked cities and the metaphysical "I", there's always another take.

Power to the Party means trusting the friction, the transference of great capacity to the free spirit, belief in the high-heeled spark of the assembly, and the group mind's ability to choose a glorious path. This isn't about getting elected, or being protected; it's about staking a claim. Join the party and feel its power.

Music aficionados have twelve hours of specially-curated programming in store, with heritage acts and fresh talent from dub, reggae, roots, hip-hop, punk, grime, pop genres, plus plenty in-between. Spreading the AFROPUNK message to the UK is M.I.A, with her only London date in 2016 to accompany the long-awaited ‘Matahdatah’ album, plus the UK debut from the first lady of Top Dawg Entertainment SZA, and a spoken word collaboration from Akala, Dreadzone and Don Letts ‘WORD SOUND POWER.’ Ho99o9’s hardcore non-conformist hip-hop, Benjamin Booker’s punk-infused blues, and GAIKA’s tripped-out leftfield sound all feature, plus mellow soul from Purple Ferdinand and raunchy rap from acclaimed artist Cakes Da Killa. Cakes Da Killa also takes the reins on a special coming-out celebration, details to follow. Vodun’s psych-soul experiments are part of proceedings, as well as distinctly British punk from Youthman. LA’s ‘Soulection’ and London’s ‘NTS Live’ are the epitome of the AFROPUNK no-holds-barred music policy, and the partners will have station affiliates from each camp representing.

Up ’til September 24th, many more artists holding it down for the first London AFROPUNK will be announced, so sign-up to the mailing list to keep up-to-date with announcements. Tickets will be on sale from Friday 17th June from www.afropunk.com.

Outside of the musical agenda, Alexandra Palace will play host to a vibrant space filled with artists, creatives, designers, exhibitions and food vendors. Attendees are encouraged to jump in and become a part of the AFROPUNK community through on-site pop-ups, art and stalls – it’s about creating an extended family of AFROPUNK with a united voice to be heard and celebrated. Partners for the UK’s first year include pioneering radio station NTS Radio, I-D Magazine and CRACK. On-site arts, stalls, food, DJ sets and extra’s to be announced in the coming months. Learn more at the AFROPUNK website: afropunkfest.com/london/

Freedom of expression, whilst honouring the power of individuality is encouraged.

POWER TO THE PARTY – SEE YOU IN SEPTEMBER – SOON COME