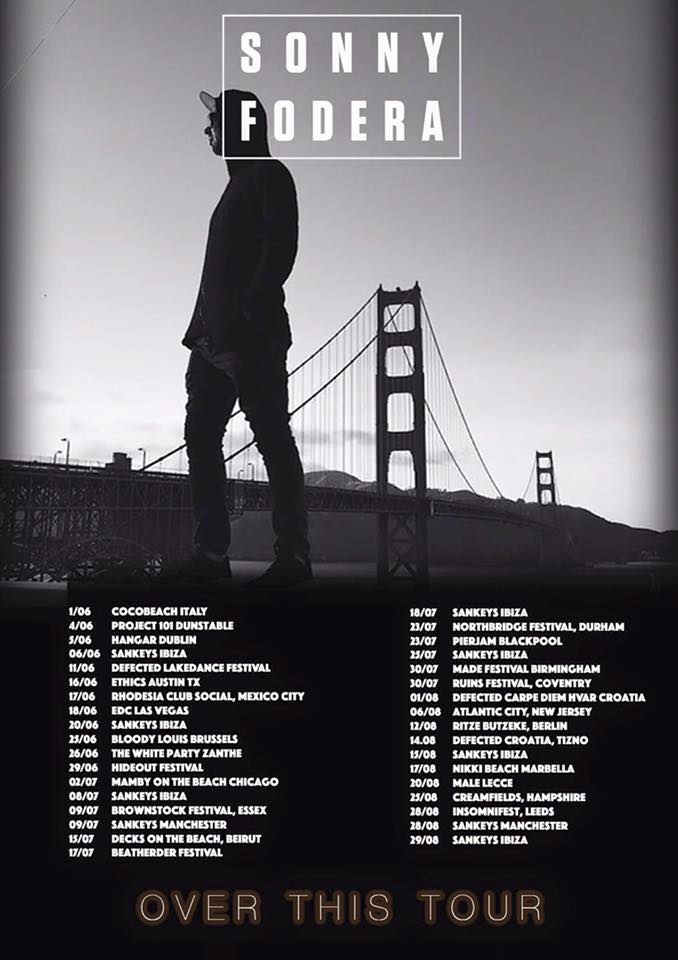 2015 was without doubt Sonny Fodera’s year. With relentless touring at the best hotspots around the world he brought his intuitive, fresh approach to DJing to receptive international crowds. Now he is doing so again with a jam packed summer, busy world tour, big festival dates, Ibiza residency and a hot new single to boot.

That new single—hot on the heels of his current Beatport Deephouse number 1, Lee Walker – Freak Like Me remix–is ‘Over This, ‘where Sonny’s production style is luscious and emotive, maximising the sensual tone of Shannon Saunders’s velvety voice. It has all the hallmarks of a summer smash, its twinkling piano intro and effortlessly soft vocals balanced by a sizeable club beat. It’s a track made with Sonny’s festival sets in mind and will inevitably become a highlight of his live repertoire. Of course, never one to sit still, Sonny has also got some great new remixes lined up all due for release soon, including his unique take on fellow Australian Motez’s 'The Vibe’ and one of Hot Creations hero Lee Foss Ft Camille Safiya on Emerald City.

As well as his residency at Sankeys Ibiza that will see him play seven dates in June, July and August, those festival dates take in playing Defected’s own festival in Croatia on August 1st with a healthy selection of other label artists, and will also see him play the likes of Defected Lakedance festival on June 11th, Hideout Festival in Croatia on June 29th, Beathhrder on July 17th, Northbridge Festival in Durham on July 23rd, Creamfields in the UK on August 29th, as well as plenty more.

Club-wise he will play in Manchester at Sankeys, in Dublin, Mexico City, Las Vegas, the UK, Beirut, the US, Marbella, Italy and more besides, with full details below.

Buy ‘Over This’ Now out on Defected Records..