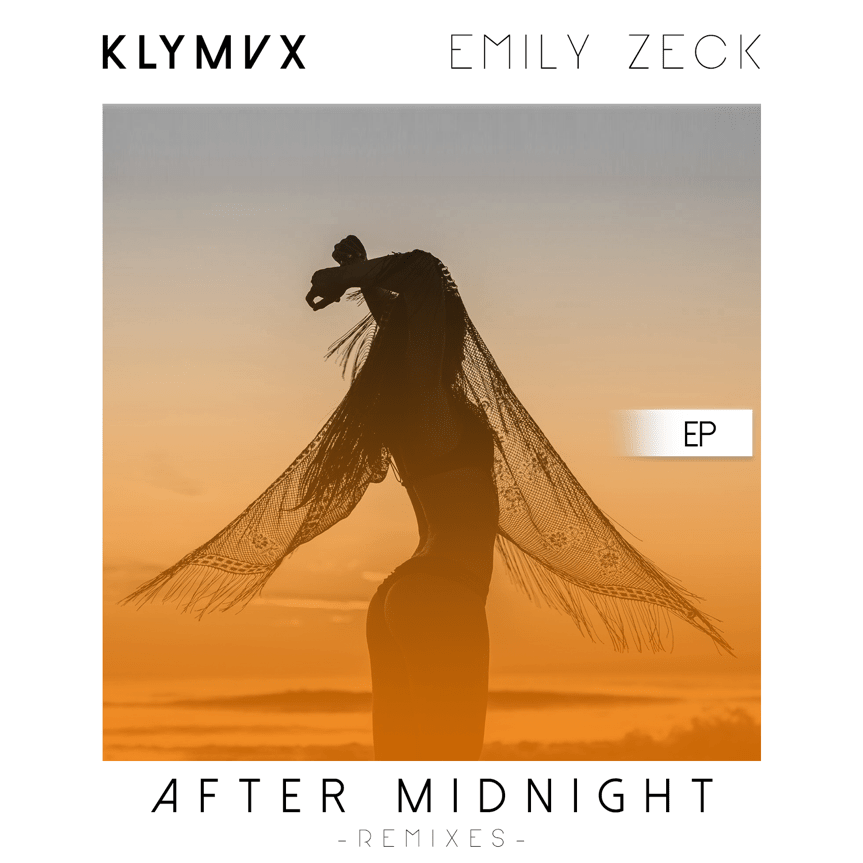 After the astronomical success of 'After Midnight', French duo KLYMVX return with the stunning 'After Midnight' Remixes EP. With five totally new reimagining's of the beautiful original and an instrumental version to-boot, the 'After Midnight' remix EP is out now on Ultra and Sony, and is available to purchase via all digital service providers.

Starting out with a delicate piano melody and soft vocal detailing, the original 'After Midnight' sets out to immediately capture the listeners' attention. Synth stabs ramp up the energy as Emily Zeck's country-esque top line builds up until a huge, orchestral horn section enters the soundscape. With a steady tropical house beat and a poppy vocal hook, 'After Midnight' has already captured the hearts and minds of the public.

Accompanying the original and an instrumental version of the track are 5 unique remixes, each appropriately assigned to an hour of the day. The '9am' remix indicates a more melodic and downbeat cut, with epic strings to supercharge any morning wake-up routine. As the midday sun of '12pm' comes around, snare rolls and surging, distorted, broken vocals couple with huge chord stabs that bring a revitalised energy. By the time we reach '8pm' the track is significantly faster and armed with a brand new melody, designed for festival and club sets. The '10pm' rework surges with a broken energy and classic machine driven percussion, rolling into the evening hours with a 4/4, club-ready beat.  Closing off the package is the '2am' mix, a peak-time floor filler, with a subtle piano-led breakdown and detuned vocals exploding into a wall of sound.

Axel and Hovig, aka KLYMVX, have had what can only be called an explosive year on to the global music scene. With their debut single 'Come Closer' only out July last year, and their sophomore release, 'After Midnight' garnering an astounding 10 million streams across Spotify and YouTube alone, the duo's path to success has undeniably been rapid. Forming in 2014, and gaining an avid local fanbase thanks to their remix bootlegs, which range from Wiz Khalifa to Charlie Puth, the French duo attracted support from major tastemakers including Aux London, Chill Nation and Mr Revillz. KLYMVX have returned to their musical roots with the 'After Midnight' Remix EP, and with more original productions on the way, be sure to expect even bigger things from the Parisian production powerhouse that is KLYMVX. Make sure not to miss a thing by following their socials below.