Afterlife at Space: Tale Of Us welcome Howling to their Sunset Live room this Thursday 28th July 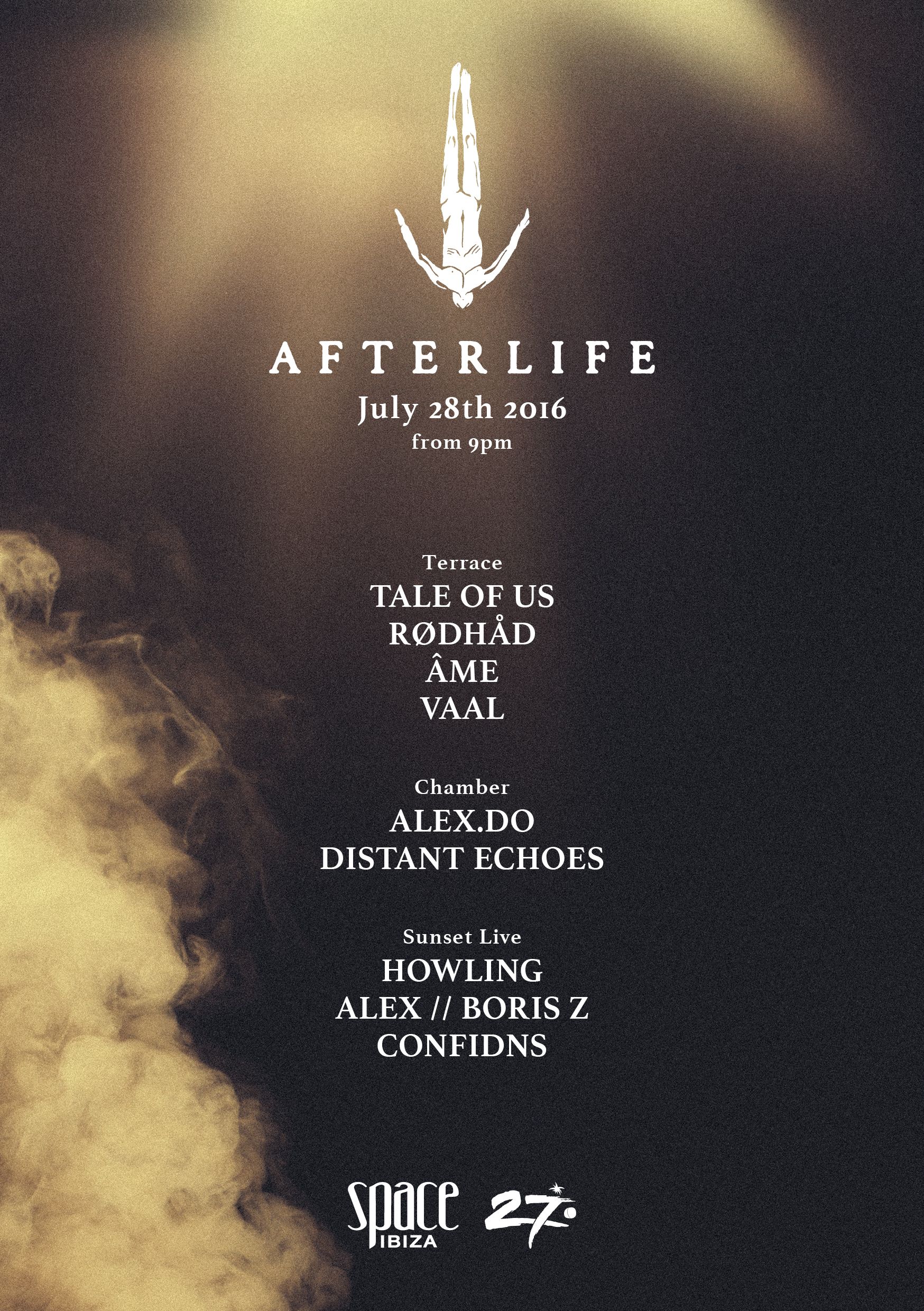 Afterlife at Space: Tale Of Us welcome Howling to their Sunset Live room this Thursday 28th July


Tale Of Us continue to affirm the legacy of Space in its closing year with their conceptual Afterlife series that features a boundary pushing live room open from 9pm every Thursday.

Having already welcomed the calibre of Stephan Bodzin, Thugfucker and Woo York, Afterlife’s celebrated Sunset Terrace is the only place for live club music of this kind. Starting from sun-down at 9pm, this week Afterlife welcomes Howling to cast their synthesized spell and bring an emotive live set to those looking for a truly unique clubbing experience. Offering a sound that is full of sentiment, melody and deeply moving soundscapes, Howling is composed of Innervisions core artist and one half of Âme, Frank Wiedemann, and RY X of The Acid – along with drummer and backup vocalist, Jens Kuross.

As Afterlife present a rare opportunity to see Howling play in such an intimate club environment, Rodhad, Âme and Vaal are also set to appear in the Terrace as well as Alex.Do and Distant Echoes occupying the Chamber.

Afterlife runs every Thursday at Space until 29th September.