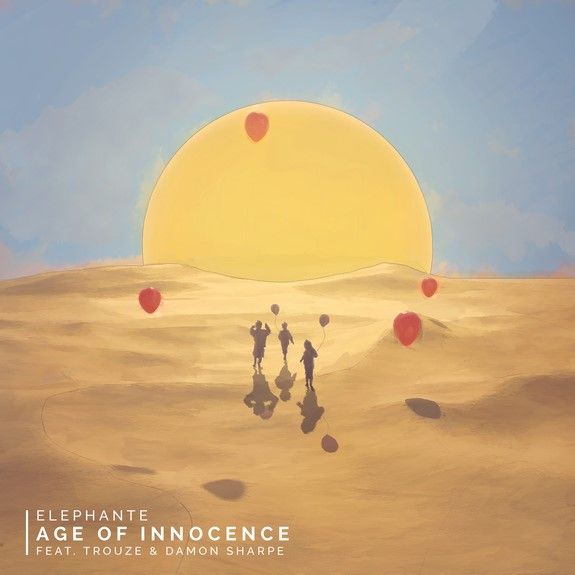 Just ten months since he unveiled his first original production, Elephante has been riding on a wave of burgeoning international success, with his third self-released single set to propel him even further into the spotlight. Impossibly catchy, with ‘Age of Innocence’ Elephante deftly layers Trouze’s stunning vocals against a backdrop of captivating piano notes, soaring synths and pumping bass to create a piece of pure progressive house perfection. Premiered on Sirius XM last week and instantly garnering attention from the likes of Deniz Koyu, Tritonal and Sick Individulals, Elephante’s latest release is already commanding the airwaves and dancefloors with its infectious sound.

Speaking about the track, Elephante explained, “This is a song about that moment when you were younger, where everything was beautiful and magical, and you weren’t weighed down or beaten up or jaded by the world yet.”

Hailing from Ann Arbor, Michigan, Tim Wu – best known as Elephante – started his musical career as a classically trained pianist and singer-songwriter. Graduating from the world-renowned Harvard University, Wu set his sights on the dance music sphere, moving to Los Angeles to hone his craft and make his mark as one of the most exciting progressive and electro house producers around today. Stepping up to remix duties for everyone from Lorde and Katy Perry to Dirty South and Galantis, Wu achieved a string of Hype Machine #1s for his efforts and has gone on to receive support from major dance music players including Martin Garrix, Tiesto, The Chainsmokers and Morgan Page to name just a few. Releasing his first debut independent single ‘Shake The Earth’ in November 2014, Elephante went on to release his debut label single ‘I Want You’ back in June this year, reaching 1.5 million Spotify streams in less than 2 months and earning him comparisons with the likes of Alesso, Madeon and Avicii. Now, with a host of new material due for release in the coming months, not to mention a handful of US tour dates with yet more to be confirmed, all eyes are on this promising young star. Catch him at one of the shows below!