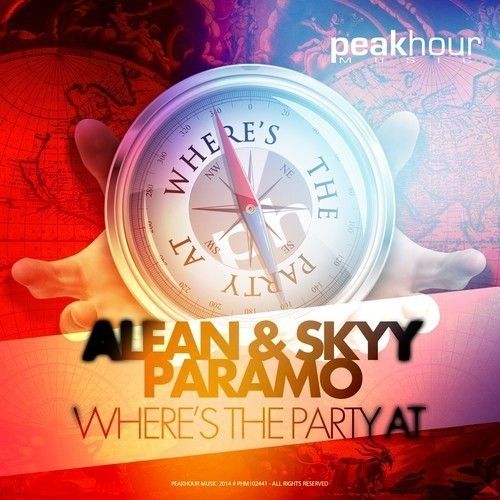 Mixmash/Ones To Watch talents Alean & Skyy team up with Paramo this month for the release of ‘Where’s The Party At’ on the home of the best in new big-hitting Electro and Progressive House – Peak Hour Music. The Texas based production outfit has remained one of Big Room’s best-kept secrets over the last year, picking up attention from some of the most influential names in the game. With a fresh push lined up for summertime 2014 it’s no doubt time to pull back the curtain and introduce the pair to the world stage. With the likes of Laidback Luke and David Guetta already backing their early releases – they’ve been given the nod by some of the biggest players around.

Peak Hour Music are renowned for picking up on the hottest movers on the underground and once again they’ve delivered with ‘Where’s The Party At’. Alean & Sky and Paramo pack a heavy punch when it comes to full bodied frequencies. The dominant kicks on the main drops are unapologetically earth shattering and have been clearly concocted with crowd demolition in mind. The breakdowns are dramatic and pristinely engineered with high-velocity timbres, which perfectly contrast melodic euphoria with tension and expectation of impending bass demolition via some frantic risers and FX. Completed with a surprising Trap switch up that warps the track’s tempo and throws a whole new dimension of energy to the production – the guys have nailed the production of ‘Where’s The Party At’ – leaving the listener fully satisfied and dizzy from the weighty bass energy.