Alesso, Dimitri Vegas & Like Mike and Afrojack will perform at the seventh edition of Kingsland Festival 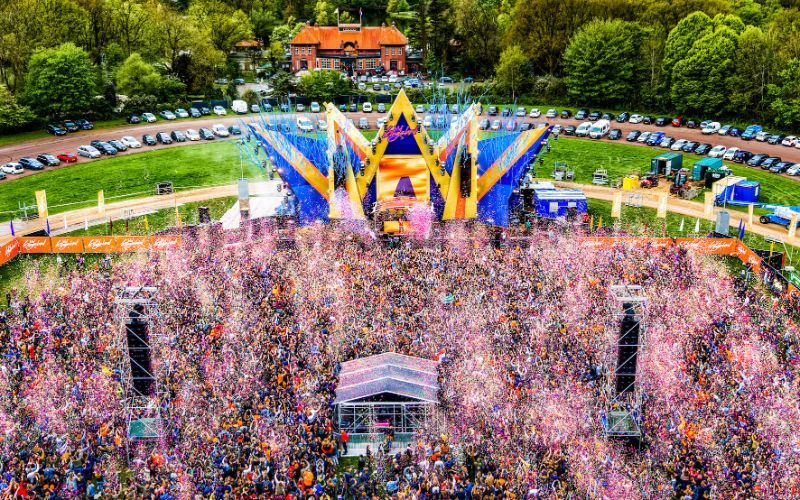 Alesso, Dimitri Vegas & Like Mike and Afrojack will perform at the seventh edition of Kingsland Festival

Alesso, Dimitri Vegas & Like Mike, Afrojack, W&W and Sunnery James & Ryan Marciano are a few of the artists that will perform at Kingsland Festival. Every year on April 27th the Netherlands celebrate the birthday of their king.Kingsland Festival is the biggest festival that day, organized by 4PM Entertainment and E&A Events. The festival takes place in five different cities:Amsterdam, Den Bosch, Groningen, Twente and Rotterdam.

Alesso will headline the festival in and around Amsterdam RAI and will take over the city park mainstage in Groningen. The Swedish superstar is known for his worldwide hit 'Heroes'. In Amsterdam, Den Bosch and Rotterdam, the Belgian DJ duo Dimitri Vegas & Like Mike is one of the headlining acts on the main stage, while Afrojack will headline in Twente.

Kingsland is not only the biggest music festival during Kingsday, but also the biggest one-day music festival in the Netherlands. In 2013 the very first edition of Kingsland took place in Amsterdam, after this successful kick-off, the festival expanded to Den Bosch, Groningen and Twente. This yearRotterdam is added as the newest city. In 2018, 125,000 visitors visited the event spread over four cities. With an extra city, the organizers expect to be able to welcome even more festival-goers  this year. Visitors will be treated to different musical styles, varying from EDM, eclectic, hardstyle, deephouse and techno, provided by the greatest national and international artists and DJ. In all cities there are both indoor and outdoor stages.

The ticket sale for Kingsland Festival starts on February 7th – 12:00. More information and pre-registration for tickets via www.kingslandfestival.nl.