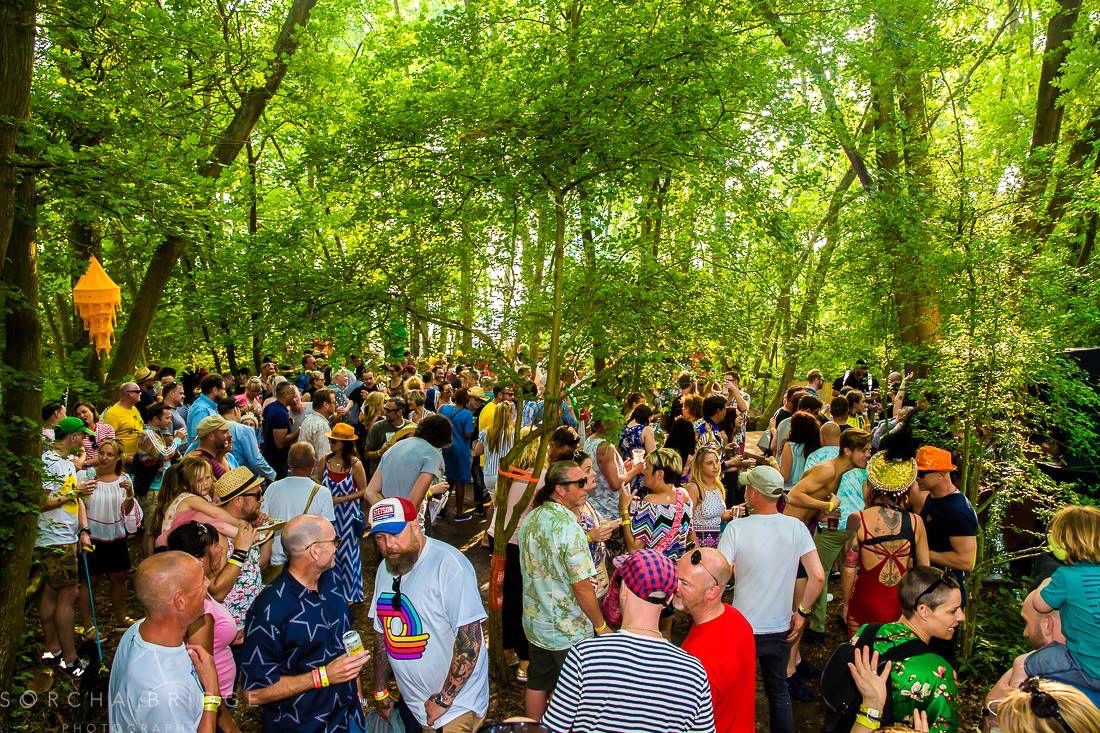 The famously enchanting Alfresco Festival returns to the beautiful woodlands and riverside of Hop Farm in Kent from May 23rd to 27th 2019. This year opening a day early, the latest wave of acts announced are tastefully diverse with Maurice Fulton, Eric Duncan, Wiggle’s Terry Francis, Eddie Richards and Nathan Coles, Boy’s Own’s Terry Farley, Neurotic Drum Band, Leftfield’s Paul Daley and many more all stepping up, alongside stage hosts Sancho Panza. These names join a huge and credible line up, including 2ManyDJs, Erol Alkan, Joey Negro, internet cult hero Marc Rebillet (making his UK festival debut), James Lavelle, Justin Robertson, Prins Thomas, Ivan Smagghe, PBR Streetgang and many more. Boutique glamping and a wide range of fun, games and activities will make this an immersive weekend to remember, whether you’re there to dance among the trees or enjoy an unforgettable few days with the family, all for a fantastically affordable price. Day tickets start at just £30 + booking fee, an adult weekend ticket from £99 + booking fee and camping starts from just £29 + booking fee, all from www.alfrescofestival.co.uk.

Alfresco Festival is about losing yourself in nature, deep in the woods in an organic musical playground that caters to passionate music lovers from across the house, disco, techno and electro spectrum with a carefully curated and considered line-up. This year’s production promises to be the biggest yet, with four daytime and three nighttime stages all stunningly designed to offer a feast for the eyes as well as the ears. They are to be hosted by the much loved and playful Sancho Panza who cover all day Sunday with American disco don Maurice Fulton headlining, World Unknown, Andy Blake’s cult underground house party, and Balearic, cosmic crew We Are The Sunset, amongst others.

Day tickets are available, but weekend camping is always popular given the boutique glamping that finds you on a beautiful riverside nestled within nature. Your home for the weekend will be a luxurious bell or lotus tent with plenty of home comforts, airbeds, sofas, solar powered energy, deck chairs and plenty more optional extras. Full weekend buyers will also being greeted with a complimentary glass of Prosecco on arrival, while for the first time this year, Alfresco also boasts its own motel, bookable by the night.

Musically once again, Alfresco is a tasteful affair that mixes up genuine legends of the scene with the hottest new acts in a range of different and vital niches. This latest wave of names spells that out with original tech house innovators, Terry Francis, Eddie Richards and Nathan Coles plus Boy’s Own’s acid house star, Terry Farley all making the cut. On top of that is a debut from Eric Duncan a.k.a Dr Dunks (best known as one half of DJ/production outfit, Rub ‘n’ Tug as well as half of DFA’s Still Going) who will fly in from Bali, as well as an exclusive show from Neurotic Drum Band who arrive from New York City. Leftfield legend, Paul Daley, with all his pioneering years of electric experience, also joins the line up.

A wealth of interesting food options come from expert concessions that bring flavours from around the world and the cocktails will flow from expert bar staff. The musical soundtrack is complimented with daytime entertainment for all ages including hip hop karaoke, comedy acts, Panic Family Circus and much more. You’re never short of things to do across the weekend, or you can just kick back and enjoy the music.

When you mix an artist line up which features the highest level of proven quality and experience, with a much-loved cosy vibe and natural setting, it’s no surprise that Alfresco Festival sells out each and every year, with people keen to get a piece of the action at the UK’s most friendly and personable festival….the woods are calling.