Bad Royale ft. Silver - All I Can Do (Sonny Alven Remix) 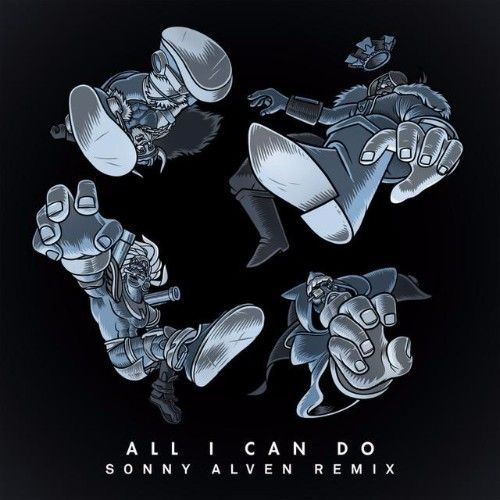 Bad Royale ft. Silver - All I Can Do (Sonny Alven Remix)

DJ/ Producers, Bad Royale, have revealed the newest remix of “All I Can Do” featuring Silver, by the master of electronic sound, Sonny Alven, out now via Polydor.

The rework catapults All I Can Do to a new level, by way of sidechaining synth stabs, thumping four on the floor drum rhythms and a pristinely layered vocal segment that retains elements of the original yet branches out into new territory via chopped up samples of Silver’s voice. The remix is an absolute dance-floor smash, from start to finish, and a grade A rework of the original.

The DJ and producer group Bad Royale met at the summit of a Southern Californian mountain in 2015 and haven’t looked back since; starting their own record label, 'Rude Mood' as well as collaborating with the likes of Diplo, Steve Aoki, Skrillex, Major Lazer, Borgore, DJ Snake and others. With festival appearances at Ultra Music Festival, Electric Zoo, Tomorrowland, Life In Color, and many others, it’s clear that Bad Royaleare on the right track to become Dance Music’s most notorious cartoon kings.

Sonny Alven is a master at producing tracks that seamlessly mix pop and electronic sensibilities. Reaching no.1 on Hype Machine, his track “California Girls” has garnered over 13 million Spotify streams. Elsewhere, Sonny’s breakthrough original “Our Youth” feat Emmi was a huge hit in Norway, amassing nearly 32 million streams on Spotify and secured his status both as UMG Nordic Priority Act and Spotify Spotlight Artist for 2016, plus four successive weeks at #2 in the official radio charts. Along with his latest EP, titled Girls, which was accompanied by a concept video directed by Mohammed Sarmadway – who also directed the music video for Alven’s hit “Our Youth”. The concept video comprises of three clips which explore different relationship themes – with all the lead characters being female.