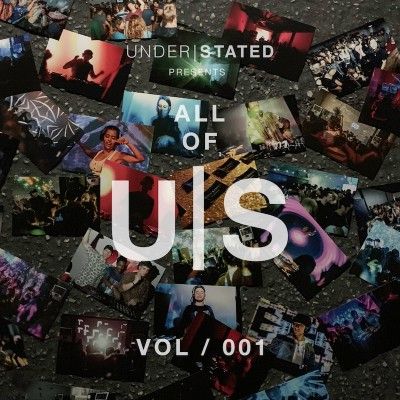 Following the release of his two-track Heightened Sensitivity EP, dark techno producer Anakim has announced the release of his new single ‘Mastodon’, which has dropped as part of the ‘All of Us Vol 001’ compilation from Understated Recordings.

An LA-based label and event brand responsible for a flurry of the city’s biggest underground parties,Understated’s compilation will feature tracks from the likes of Lupe Fuentes, Modus, Joluca, and Michael Fam, with ‘Mastodon’ showcasing Anakim’s powerful production prowess through a series of sinister chord patterns, and gruff underground tones.

With Anakim performing at the ‘Pineapple Presents’ evening on November 18th at El Camino (2400 India St, San Diego), the release of ‘Mastodon’ follows his recent performance at the mau5trap takeover of Day Trip – the annual Sunday funday party in Hollywood at Academy LA.

Best describing his music as a wealth of “intergalactic underground sounds,” Anakim’s mysterious sonic tones are the perfect accompaniment for interstellar travel. Hailing from CA, the producer has released singles on Artist Intelligence Agency, Krafted Underground, Deer Dear Records, Understated Recordings, and in the past year has made his debut at Coachella Music Festival’s Yuma Tent, Holy Ship 9.0, the Fonda Theater, and The Observatory.

Understated believes in nothing but the absolute best music, art and vibes coming straight out of LA’s underground. A testament to that mantra, ‘Mastodon’ and All of Us Vol 001 compilation are available now.