Odd Mob - All Of Your Heart 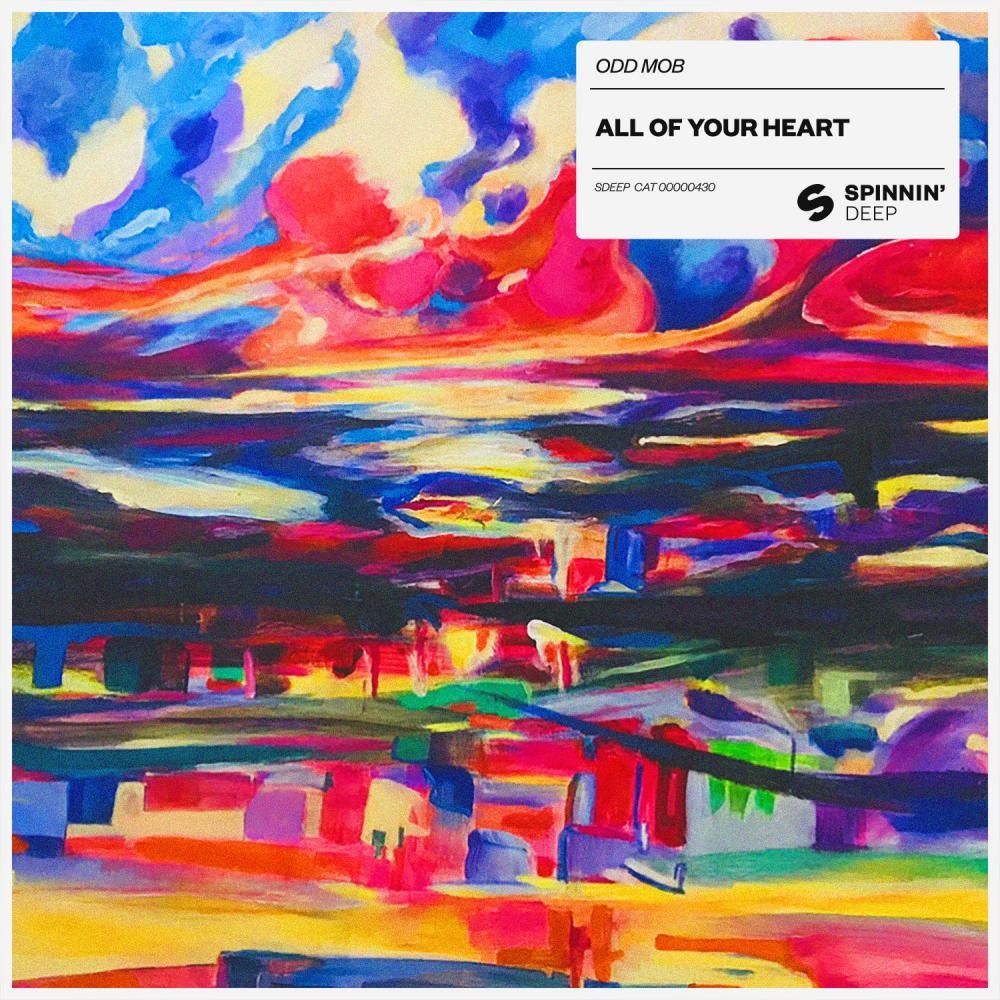 Odd Mob - All Of Your Heart

Since breaking out in 2015, Odd Mob has had a musical evolution like no other. The moniker of Brisbane producer Harry Hope, the project has grown and developed into one of the most respective electronic acts, not only amongst fans, but also amongst his peers.

Announcing today the release of his long awaited debut album, Odd Mob releases the very first instalment with the genre bending single ‘All Of Your Heart’. Mesmerising in both charisma and production, the single is a testament to Harry’s creative vision, and his continued ability to create dynamic productions whilst forging his own path stylistically – out now on Spinnin’ Deep.

Meshing dreamy pop vocals of the talented Jordan Leser, together with a nuanced bassline, ‘All Of Your Heart’ is a clear standout from Harry’s previous works. Giving insight on how the track came together, Harry explains "‘All Of Your Heart’ started as quite a melancholic tune, but then I had the idea to simply pitch them up six semitones. What resulted was a burst of pop-euphoria. I instantly decided to change the chords and the basis of the tune was formed."

Co-written by Alexander Burnett (the famed songwriter/producer known for collaborations with major artists including DJ Snake, Hayden James, Flight Facilities, Elderbrook and more), it comes as no surprise, that the lyrics and messaging behind the song are just as intoxicating as the production. Describing his own take on the lyrics, Harry further explains, "The part of the verse got stuck in my head  was "give me all your heart". I really think many people these days are quite reluctant to give somebody their everything. Social media gives us so many false options. Loving somebody with everything you have is the most rewarding experience you can have."

Whilst it was the hit single ‘Is It A Banger?’ that catapulted Odd Mob into the mainstream and triple j’s Hottest 100, Harry has always produced a wide range of electronic music. With a string of original works including; ‘Down For Love’ which had huge triple j support, ‘Into You feat. Starley’ becoming a 2017 club anthem holding the #1 position on the ARIA club chart for seven straight weeks, and ‘Intrinsic’ which bookmarked a turning point in production for Odd Mob with support pouring in from all corners of the globe from the likes of Martin Garrix, David Guetta, Don Diablo and JAUZ to name a few. Never downplaying his club roots, Harry has continued to develop various singles, an EP, and an entire ‘Oddities’ brand to experiment with various elements of his highly skilled production. A shining example of his club work, was the release of the electro house thumper ‘Gassed Up’, quickly catching the attention of DJ Snake and Jauz, transforming the tune into a festival anthem the world over. And with further remixes for the likes of A-Trak, Motez, Starley, POOLCLVB,  and Lorde, it is clear that he is at the top of his game.

Taking on his first headline tour of Australia in 2018, Harry played a string of intimate venues across the country to explore and develop songs for his forthcoming debut album, with the tour aptly titled ‘Testing Grounds’. Having been recently signed to APA (alongside of roster of 50 Cent, Tyga, Azealia Banks) Odd Mob is ready to take his music global, with his first run of dates in North America to be announced later this year.

Out now on Spinnin' Deep.