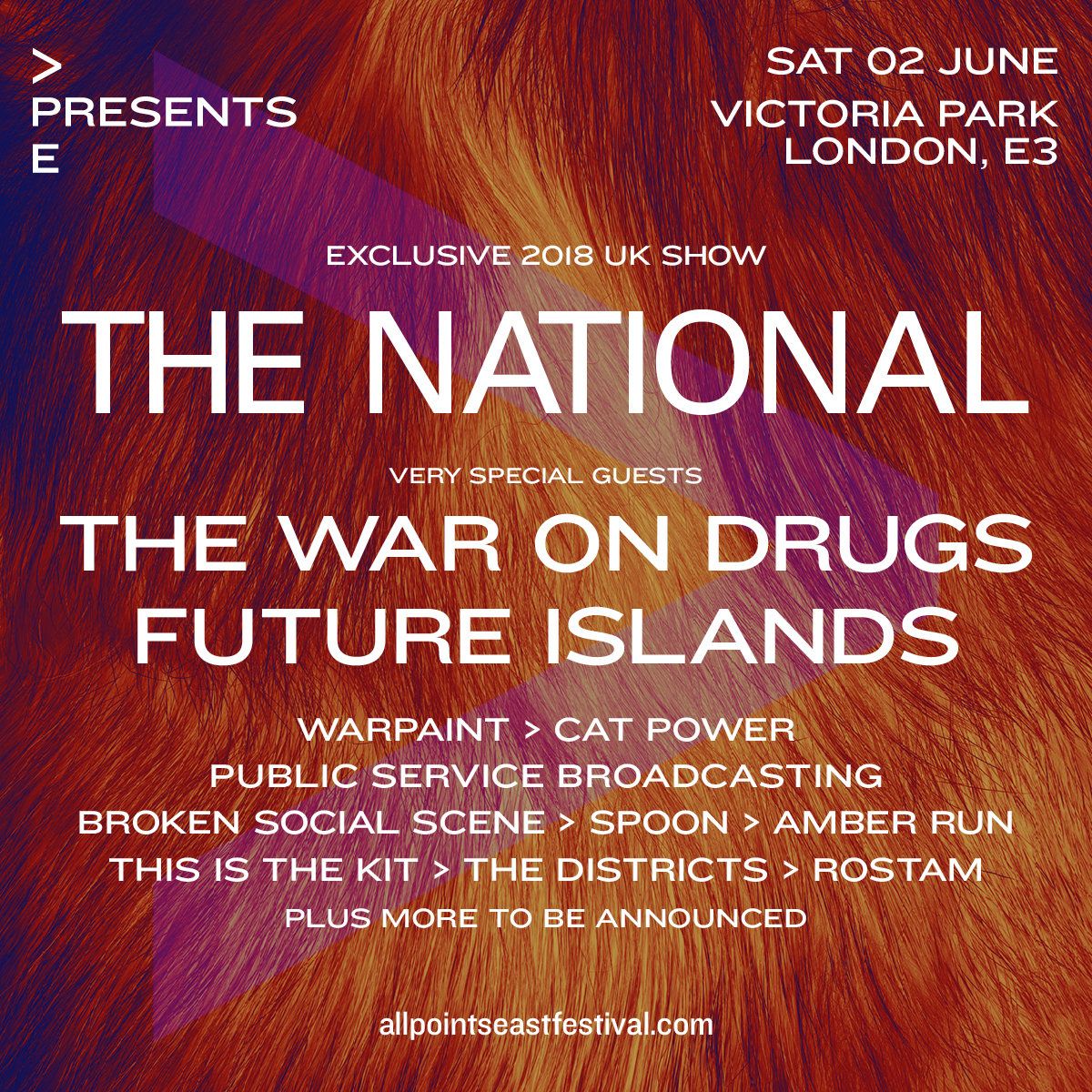 Having announced a UK exclusive appearance from headliners The National as well as a supporting lineup including special guests The War On Drugs, Future Islands, Warpaint and The Districts, now even more names have been added to the Saturday bill of APE Presents… as part of the second weekend of the inaugural All Points East.

Public Service Broadcasting say;
"We can't wait for this show – we all love The National and have been fans for over a decade now – and what an honour to join such an incredible lineup. See you in June!"

Amber Run say;
"We're really looking forward to playing in and amongst an incredible line up for All Points East. Some of our favourite bands are on the bill. It'll be an amazing show – see you there."

Critical darlings, global megastars and now UK Album Chart toppers, The National have spent the past two decades creating some of the most memorable indie rock albums in history. From the underground breakthrough of ‘Alligator’ through to their triumphant recent full length ‘Sleep Well Beast’ the Ohio band, comprised of the brothers Dessner and Devendorf alongside livewire frontman Matt Berninger, have achieved a rare emotional connection with their music. They will play their largest headline show to date at APE Presents… as a UK Exclusive.

The new ten-day event All Points East encompasses a diverse three-day music festival including headliners LCD Soundsystem, The xx and Bjork followed by a 4-day community-focused midweek programme of comedy, food, outdoor cinema and more to reflect the vibrancy of the park’s surrounding area. The event culminates in three huge APE Presents… shows with Catfish and the Bottlemen topping the bill on Friday 1st June, The National headlining Saturday the 2nd June and Nick Cave & The Bad Seeds headlining the event on Sunday 3rd June.

Tickets for APE Presents… The National are on sale now from www.allpointseastfestival.com.