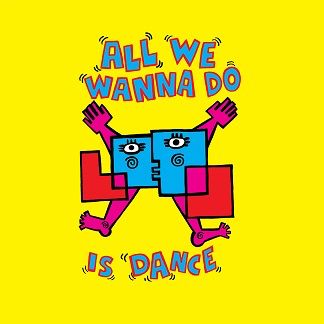 Inspired by a new era and cultural shift ushered in by the 1988 acid house explosion in the UK, a young film maker & raver started to film some of the legendary and key events and clubs capturing this unique experience first hand in the documentary film ‘ All We Wanna Do Is Dance”. 33 years later a crowdfunding  campaign is launching to ensure this unique slice of dance music history gets the release it deserves.

‘It’s the best documentary of that period I’ve seen.’

Featuring never-seen-before footage from Chicago to Manchester, London to Ibiza, ‘All We Wanna Do Is Dance’ charts the rise of acid house and the global rave scene it spawned. It’s told by the people who were there, the pioneers who took on the establishment and literally fought for their right to party.

From its opening scene in Trafalgar Square, London, January 27th, 1990, where as Nelson looks down his column, thousands of ravers fill the square, jacking their bodies to the sound of house music at The Freedom To Party March & Demonstration in full flow.  A massive grass-roots reaction to new legislation brought in by the Conservative government to curb the illegal party scene and acid house culture, these scenes seems strangely reflective of our current society as dance music fans find themselves back on the streets marching to be able to dance freely without Covid-19 passports.

Hear from the Chicago and Detroit music producers who invented the original house sound to the DJs across the world who couldn’t stop playing their music. And promoters from a kaleidoscope of legendary clubs & raves including Manchester’s Haçienda and RiP parties at Clink Street and raves such as Helter Skelter, World Dance, Fantazia, Energy and Joy, the last word goes to the clubbers who found their spiritual home on the dance floor. ‘All We Wanna Do Is Dance’ is many things including a high-octane music movie, a unique social history documentary and even an adventure story crammed with madcap characters, rebels and outcasts.  But more than anything else, it’s a tale about ordinary people achieving extraordinary things. Simply because they wanted to dance.

“I’m always going to kids…like listen. If it weren’t for us you wouldn’t be able to dance. We fought for your right to party, simple as and we did literally fight for it as well in the end.”

Dave Beer, Back To Basics

Like any great party, ‘All We Wanna Do Is Dance’ reflects the incredible early experimental sound of house music with a distinctive soundtrack put together by one of the UK scene’s leading DJs & Producers, Eddie Richards (Acid Man). One of the first DJs outside Chicago to champion house music Eddie’s selected seminal classics such as DJ Pierre’s Phuture ‘Acid Tracks’ and ’Slam’; Todd Terry’s mighty Orange Lemon anthem ‘Dreams Of Santa Anna’, Black Riot’s ‘Warlock’ Rubber Dub  and ‘A Day In The Life’ and Royal House’s incredible ‘Can You Party’; Detroit’s Rhythim Is Rhythim symphonic ‘It Is What It Is’ and ‘Strings Of Life’; and incredible Chicago classics such as classic songs ‘It’s All Right’ by Sterling Void and The Nightwriters ‘Let The Music Use You’ alongside the House Music anthems’ Move Your Body’ by Marshall Jefferson and ‘Can You Feel It’ by Fingers Inc.

Acid House culture didn’t just change the way we party, but revolutionised the way we lived and how we thought and conducted ourselves. It brought people together under one beat, irrespective of class, race or sexuality, and espoused equality in an age of discrimination – which is as relevant today as it was when it emerged in the late 1980s.

No longer vilified by those in government, clubbing is now an integral part of the economy and a breeding ground for creativity, experimentation and tolerance.

Creating a film like this has been a decades-long labour of love for director and editor, Gordon Mason, self-financed until now, and hugely reliant on the goodwill of enduring acid house friends to help out over the years. Most recently graphic artist and former Brain Club co-founder, Mark Wigan, designed the new artwork. “Having worked as an Editor, Producer & Director of documentaries for the last 35 years I’ve  put together what I believe is an important social document of an era that meant so much to me and the generations to come behind.”

“The whole kind of early 80’s Thatcherite ethos was like keeping people indoors and keeping people quite passive so you could sell them products you know. House culture was a reaction against that it was about kind of getting out again.” 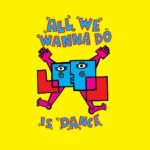