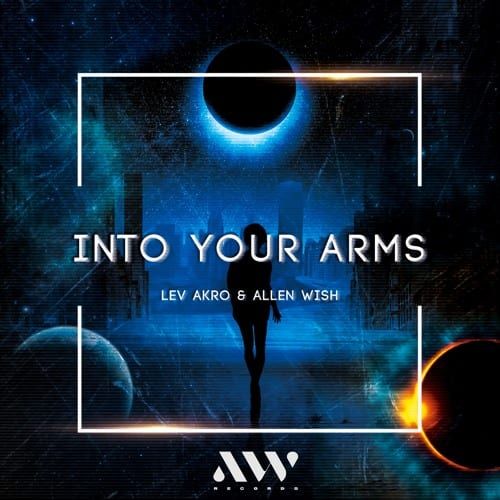 Allen Wish and Lev Akro have joined forces to create a superb summer hit called ‘Into Your Arms’. Bright and uplifting, this song is the epitome of truly great EDM Pop songs. By their usage of soft, stunning vocals that tell a story of a tested relationship, ‘Into Your Arms’ is not only relatable but easy to start singing along to.

The musicality of ‘Into Your Arms’ is soothing yet full of clever little production touches that truly makes this a special track. The chorus then goes into more of a choppy synth style that ramps up the pace a little bit before calming back down before the verse kicks in again. Lev Akro and Allen Wish are certainly onto a winner with the one.

Lev Akro is an 18 year old music prodigy from Argentina who is on the rise to stardom with his stellar EDM productions. He has been supported by the likes of Ummet Ozcan, David Tort and Blasterjaxx, Lev has also been signed to labels such as Quartzo Records, Peak Hour Music and Noise Control.

Allen Wish is an artist who creates melodic and emotive EDM songs. With a love for progressive and electro house, Allen is inspired by the likes of David Guetta, Axwell and Nicky Romero. His passion for music began at an early stage after learning to play the piano at the age of 10; Allen’s music career was then put on hold after he joined the army where he became a helicopter pilot. Allen Wish is now back in full force making top notch productions.

‘Into Your Arms’ is out now on AW Records.