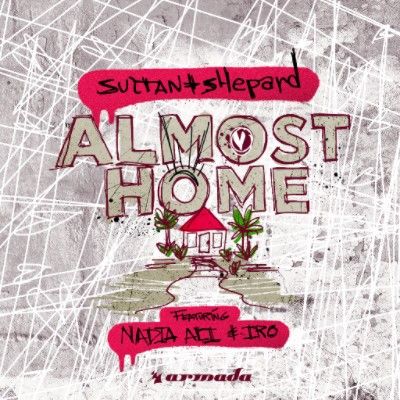 Sultan + Shepard reveal their newest single “Almost Home,” the highly-anticipated release via Armada Music, which is out now and features vocalists Nadia Ali and IRO. Continuing to display the duo’s powerful production skills, “Almost Home” highlights a compelling sonic performance. The track starts out with Nadia Ali’s stunning organic vocals and leads into lush chords and a hooky guitar riff layered smoothly over low-frequency, pulsing drums. The second half of the track is dominated by IRO’s evocative vocals. From there, "Almost Home" takes on a life of its own; evolving from its original organic sound into an electronic rain-shower of synth stabs and heavy four on the floor drum sections that keep the mix swinging from onset to end.

Forming in 2010, duo Sultan + Shepard have built their resume upon an arsenal of acclaimed original productions and collaborations, working with a variety of artists including Tiesto, Dillon Francis, Tegan & Sara, and more. Their song “Walls” hit the top 40 in Canada launching them on a worldwide tour that has seen them stop at the biggest festivals in the world including Ultra, Tomorrowland, EDC, in addition to their current residency at the Wynn in Las Vegas. Crafting remixes for artists including Kaskade, Lady Gaga, Coldplay, and Madonna, the pair earned a sought-after Grammy nomination for their remix of Bruno Mars’ “Locked Out of Heaven.” Only continuing to build their momentum this past year, Sultan + Shepard released their hit single “Bring Me Back” with R&B pop star Kreesha Turner, and “Damn” featuring up and coming vocalist Red Rosamond.