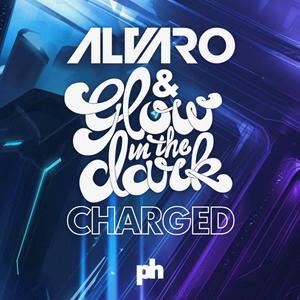 Alvaro was said to be one of the biggest newcomers at Ultra Music Festival and toured along with Tiësto and Calvin Harris in the USA. Nowadays he performs at the biggest festivals worldwide like Electric Zoo, Tomorrowland, Ultra Music Festival, Creamfields and many more, released tunes on labels such as Revealed, Hysteria, Spinnin, Musical Freedom and Ultra Records and did previous collabs with Tiësto, Lil Jon, Quintino and Blasterjaxx.

Dutch duo GLOWINTHEDARK rapidly conquered the international dance scene after performing on an impressive list of events such as Dirty Dutch, Tomorrowland and Mysteryland and are the current residents at the prestigious Blue Marlin Ibiza and Pacha.

Production wise, GLOWINTHEDARK are coming fresh from producing massive tracks with David Guetta, Chuckie, Stargate, Lupe Fiasco and most recently the winner of The Voice of Holland Ben Saunders, with future collaborations scheduled with Nicky Romero, amongst others.

When locked up in a studio, Alvaro and GLOWINTHEDARK create heavy duty floor fillers and this killer tune Charged, which reached over 30.000 plays on Soundcloud within one day, is just one of more to come…