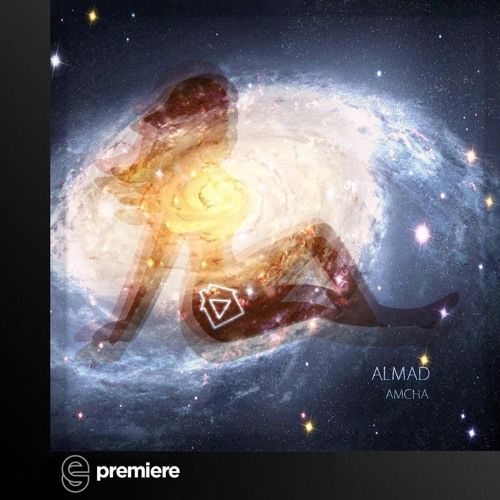 Opening track, the funk-laden yet serene ‘Amcha’ is full of exciting percussive elements that grab your attention to deliver a full-on groove odyssey.

The idyllic ‘Blue’ is a dreamy cut with a cool synth riff and driving feel which immediately transports the listener to a sumptuous place of golden sands and crystal-clear clue waters.

Closing track, ‘Still’ has a hypnotic, tribal refrain which then delves into deeper and darker territories, whilst still retaining Almad’s trademark music groove.

As well as being heavily influenced by Ibiza, Almad is inspired by his research on healing sounds. ‘Amcha’ means A minor and cha which stands for chakra. ‘Blue’ symbolises the sea’s healing powers, created by diving deep into the ocean. ‘Still’ represents clean, pure energy that comes at the end of spiritual healing.

Almad, aka Alex Mantidakis, is a rising house music producer / DJ originally hailing from Athens, Greece. Music has always been at the forefront of his mind having been a pianist from the age of 4. It was only until YouTube came along that he began to discover music further afield with more of a contemporary sound and began the transfer over to house music.

Moving to Stockholm is where Almad’s music career began to take off. From running his own events at Cafe Opera to DJing across the board the love for this industry shone through. Thought his time here one place was always mentioned, Ibiza, the place where his whole world changed back in 2013 following his debut visit to the white isle.

Ibiza quickly took a hold of Almad and shaped his sound, resulting in him producing exciting new music and playing at some of the island’s most respected venues, including Ushuaïa, Km5, Chiringay, Es Vive, Hard Rock Hotel, and Pacha’s El Hotel. Almad currently splits his time between Ibiza in the summer and Stockholm in the winter.

Almad now has two other EPs under his belt on his PlayHouse Time Records – ‘Airplane’ and ‘Into The Groove’. Almad’s music has been championed by a variety of top selectors including Black Coffee, Joris Voorn, Mat.Joe, Sasha, Marco Carola, and Luna City Express.