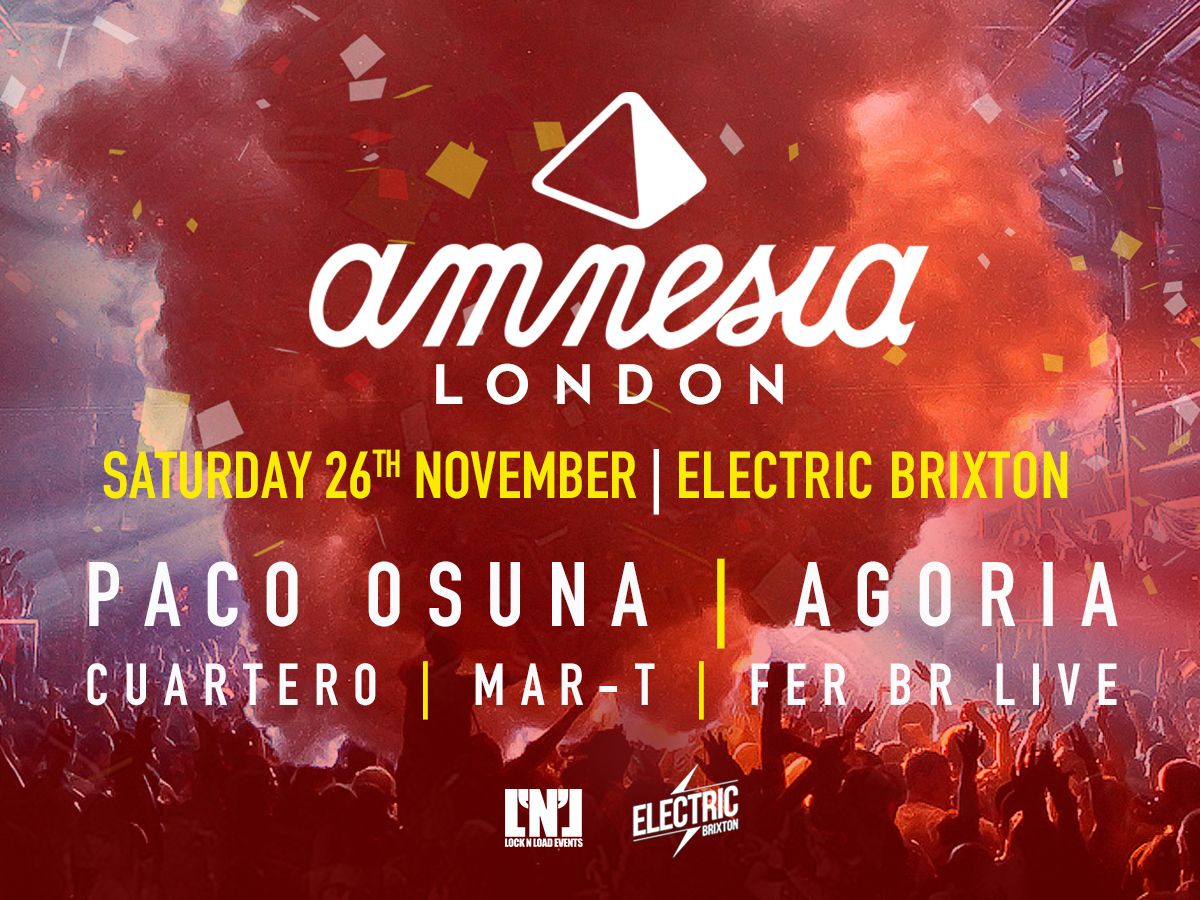 Amnesia Ibiza has announced the line up for its takeover of London’s Electric Brixton on Saturday 26th November, which promises to be one of the most exciting electronic music events of 2016.

Following an unforgettable showcase at South West Four this summer – with one of the greatest stages in the festival’s history – the demand for Amnesia tickets has been phenomenal. Recognised as one of the most popular clubbing destinations in the world to have ever existed, the Ibiza superclub has remained a global epicentre for dance music. Boasting incredible line-ups and production, the world’s #1 club chose London for an exclusive global event following their annual closing party in Ibiza.