AN21 & Max Vangeli vs Tiësto feat. Lover Lover ‘People Of The Night’ 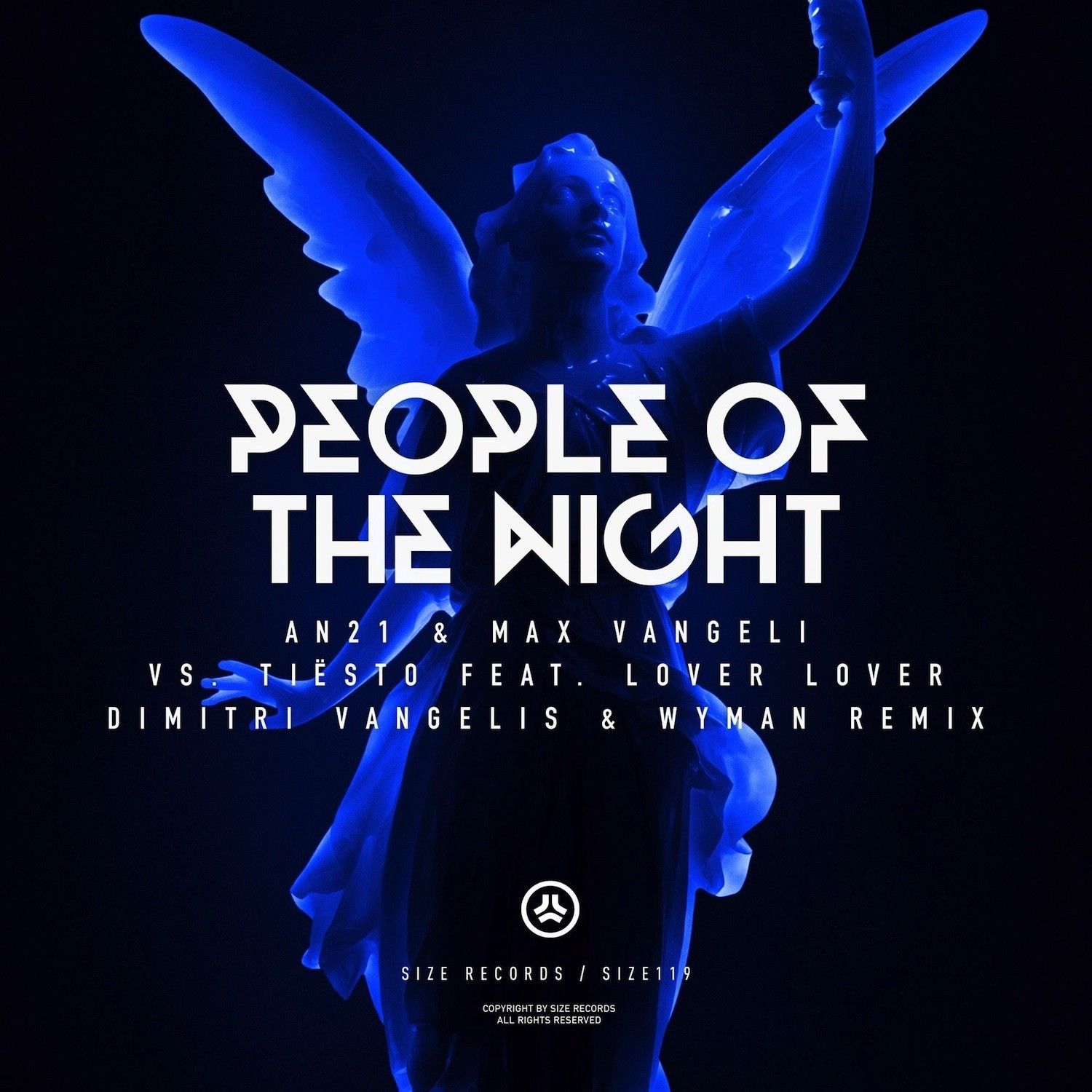 AN21 & Max Vangeli vs Tiësto feat. Lover Lover ‘People Of The Night’

Following the success of last year’s highly-anticipated debut album from AN21 and Max Vangeli comes a refreshing remix of title track ‘People Of The Night’ by Dimitri Vangelis and Wyman. Released via Size records, this remix is out now and builds on the original single that brought together Tiësto and vocalist Lover Lover to forge several minutes of unrelenting big room house euphoria.

Long time friends Vangelis and Wyman pull the limbs of “People Of The Night” even further away from the original on this remix. Boosted by Lover Lover’s vocal allure, the pair create an amorous tug of war between rumbling basslines, soul-lifting hoover synths and unrelenting four-to-the-floor kick drums.

Widely considered as one of house music’s most promising rising duos, Dimitri Vangelis & Wyman initially barged their way into scene in 2011 with an arsenal of remixes like their alterations of Dinka’s ‘Reach For Me’ and Coldplay’s ‘The Scientist’. That lead to attention from EMI Music and by January of 2012 they inked a deal with EMI/Virgin. The deal led to their first original release, ‘Roll the Dice’, a fireball of fast paced, electronic energy that received playtime from a cohort of the world’s best DJs. Focusing on the production aspect, the duo followed up ‘Roll the Dice’ with their next single on EMI/Virgin called ‘Russia’, a track that showed versatility, as well as, a darker and harder side to their progressive productions.

With excitement increasing at an unstoppable rate, the rest of 2013 belongs to this Swedish pair.