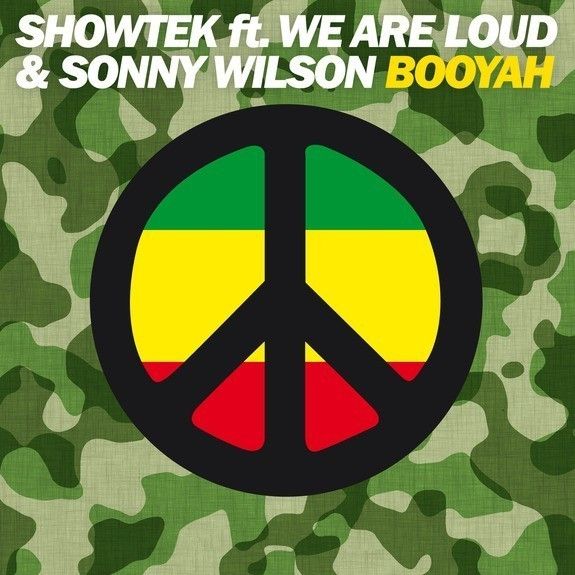 With big releases coming thick and fast this summer, it’s been a tough time for producers to stand out amongst the array of releases. Electronic acts have been pushing the boundaries to the limit like never before with their productions, but on every occasion throughout the year, there have been two guys positively smashing through them. Dutch brother duo Showtek have taken the fight to this year like no other and especially with mega-hit ‘Booyah’, alongside We Are Loud and Sonny Wilson. The track tipped by Pete Tong, Nicky Romero, Zane Lowe, David Guetta, Chuckie, Nervo and more, now has an accompanying video to match. Watch “possibly Spinnin’ Records most anticipated track to date” (Elektro) up on their YouTube channel now, but also own it on Beatport or preorder via iTunes!

Set in suburban London, ‘Booyah’ tells the story of two kids caught with the infectious party spirit of the title track. Careering around the streets, the buses and the tubes, the pair blast out the reggae infused lyrics of hotly favoured vocalist Sonny Wilson from their old-skool boombox swiped from their parent’s house to the capital’s public. As they pass the diverse surroundings of the inner-city scape, the track ebbs and flows in tow to the background. Shifting from Showtek’s signature Electro House, to soulful sounds and finally to a blast of Drum n Bass, Sjoerd and Wouter showcase a masterful ear for distinct production styles. Like our protagonists in the video, Showtek are showing everybody their unique sounds.

A range of styles and tastes make up the Showtek sound prevailing today. From Hip Hop to Pop, the Janssen brothers are happy listening to whatever whenever and applying it to their production – look no further than their exclusive piece with MTV to get a handle on their thinking. To have a listen to just what is in their iPods right now, check out the latest original concept – ‘Showtek Essentials’ – this time hosted by This Song Slaps.