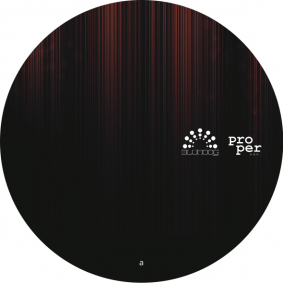 Alexi Delano is a long established star of the techno scene who has released on M_nus and Drumcode, and here he links with Adult Records and Carillon Records man Marko Nastic. Their perfectly deep techno roller ‘Speak, Machine’ is where big bass and analog kicks are intertwined to create an earthquake effect for big rooms.

Label boss M.R.E.U.X then follows up with another high quality production that features all his usual elegance. Psychedelia and power prevail in ‘Ozone’, which is a dark techno tunnel of trippy effects and streamlined synths that keeps you on edge.

Closing the EP with two top tracks is Steve Stoll, an artist with a history that dates back to the nineties and takes in plenty of albums and EPs on a range of key labels. First, the slippery ‘You Can’t Win Them All’ is a brain frying and hypnotic piece of techno with rubbery kicks tightly stacked together and edgy synths rippling away up top, it's urgent and compelling stuff. Then comes ‘Double Tap’, a harder hitting, more physical affair with lithe synths dancing about and real energy in the dancing hi hats.

This is an EP of slick modern techno that really takes you on a trip.