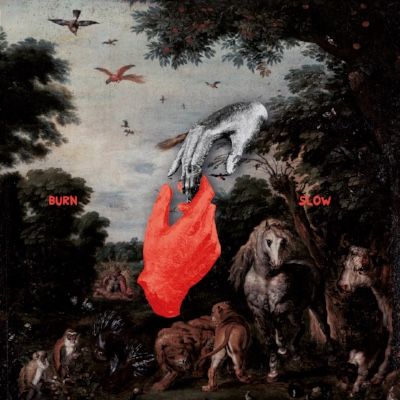 Listen to ‘And All Went Dark’, which sees Polly Scattergood take aim at a “dark shadow on my shoulder” – http://smarturl.it/CL-AAWD

She explains, "’And All Went Dark’ is so stark and epic, when Chris played me the track it just captured my attention instantly and after a few listens, when he began sharing his inspirations and the idea behind the album, I was drawn even further into his world and very quickly ideas began flowing between us.”

‘And All Went Dark’ featuring Polly Scattergood’s spoken word vocal follows the release of the Gary Numan narrated track, Polished Chrome (The Friend Pt. 1) and ‘Novembergrey’ – all serve to illustrate Liebing’s forthcoming minimalist electronic epic and start of a new chapter for one of techno’s leading authorities.

While retaining the framework of the techno beats that Chris Liebing has dedicated his life to for the past 25 years, here he also seeks out new harmonic territories, taking aim at the heart rather than the feet, in order to tackle some deep themes. The key concept of presence – the idea that everything is happening inthis moment, and that everything in the past is mere memory – form the thematic backbone of the record. It’s something Liebing got in touch with via the philosopher Alan Watts, not to mention decades of getting entire dancefloors lost in the present.

Liebing has teamed up with Ralf Hildenbeutel for Burn Slow (a key part of the long since defunct Eye Q family), and at Hildenbeutel’s Frankfurt studio Liebing began drifting into new territory with his new musical ‘enabler’.

NEW DATES ADDED INCLUDING AN ALL NIGHT LONG SET AT E1, LONDON ON 26 AUGUST

Chris Liebing’s forthcoming DJ schedule is as relentless as ever, with performances scheduled worldwide throughout the summer including an all night long set at E1 in London, which has just been announced for the August bank holiday weekend. Closer will host an eight-hour set, his first London date since his sold out performance at Village Underground in the spring.