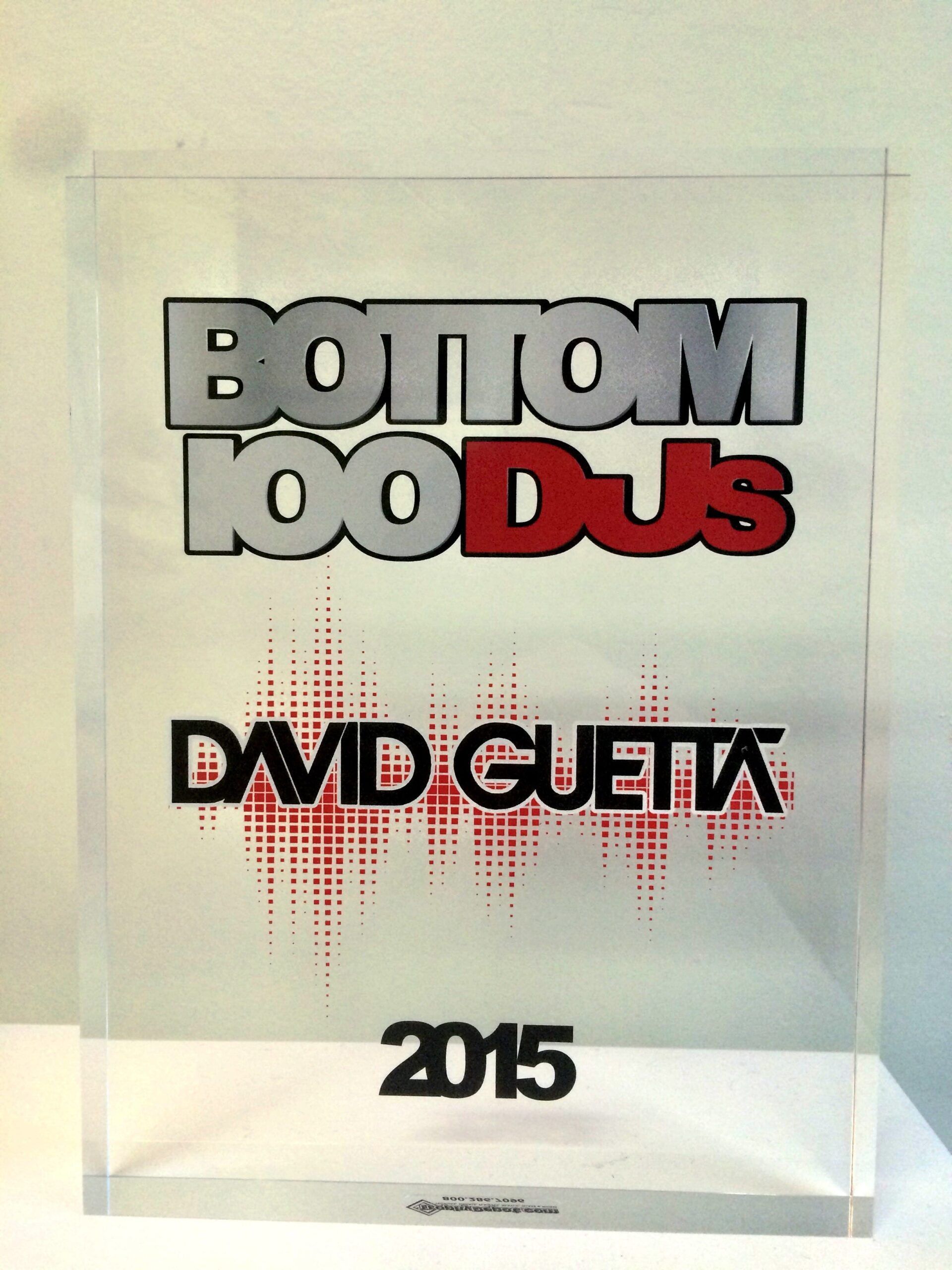 “Topping” the list is none other than everyone’s favourite Frenchman David Guetta, followed closely by man in the mask Deadmau5, who will surely be delighted that he pipped full-time heiress and part-time DJ Paris Hilton to the post. In fact, it’s a double entry for the notoriously barbed Canadian mega-producer Joel Zimmerman, whose furry companion Professor Meowington taking fifth spot, narrowly beaten to fourth by Vinai. Trailing Joel’s cat are Belgian duo Dimitri Vegas & Like Mike, followed by Hardwell, Garrix, the list’s instigators Dada Life, and DVBBS.

Since its inception three years ago, the Bottom 100 DJs has taken on a life of its own. Originally intended as trolling stunt and still firmly retaining the elements of fun and mockery at a sometimes po-faced scene, this year’s edition netted a whopping 100,000+ votes cast from a staggering 117 countries worldwide. As The Razzie Awards are to The Oscars, so the Bottom 100 DJs is swiftly becoming legitimate in its own right.