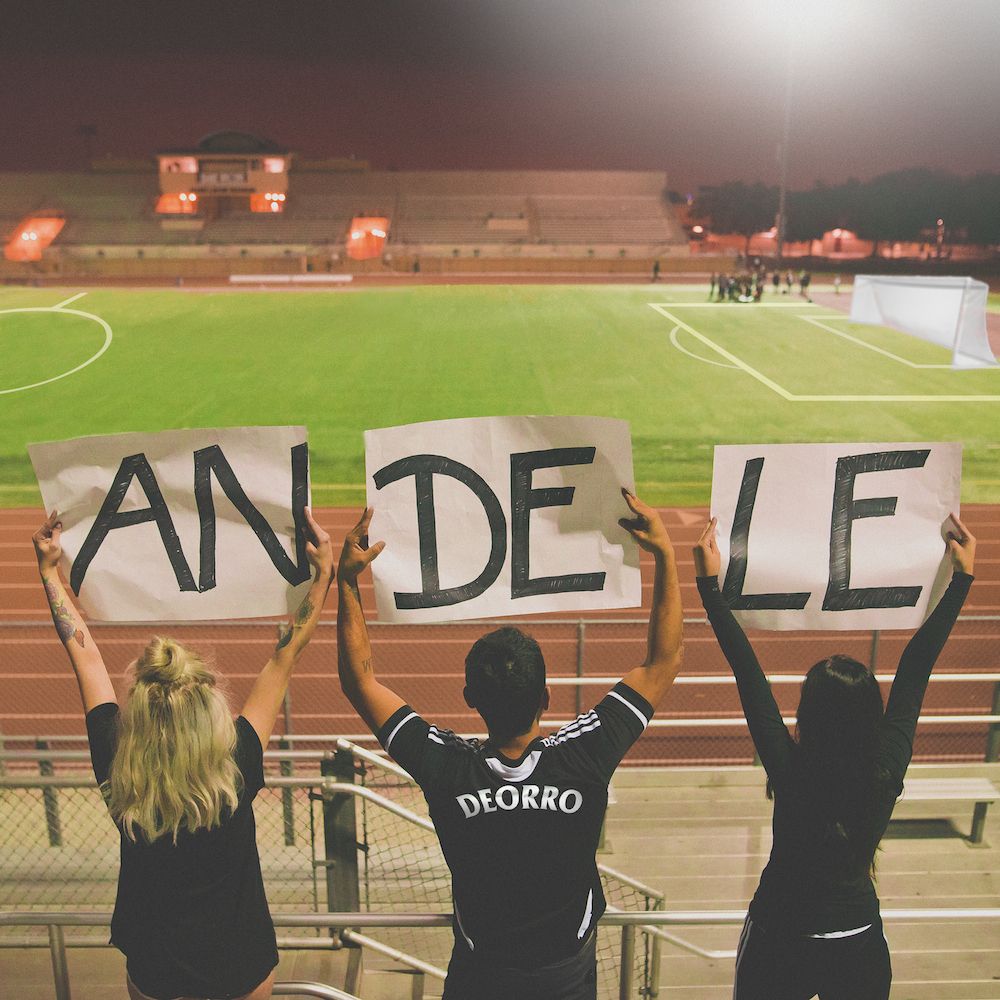 Los Angeles-based producer and progressive house prodigy Deorro is back with a new original track on Ultra Music. The latest high-energy release, “Andele”, reflects Deorro’s heavy-hitting big room house sound, packed with deep, thumping kicks, a signature sound that he’s been creating since his early teen years. Deorro also manages to incorporate influences from Latin music, adding Spanish lyrics, along with with a meringue-style breakdown in the middle of the dance track.

Deorro’s new release is also accompanied by his North American Existence tour which also kicks off today in Texas. This past summer, Deorro has lit up stages at festivals like Imagine and Global Dance, but now he’s bringing his signature sound to cities all around the United States and Canada. With stops in New York, Philadelphia, San Francisco, San Diego, and more, Deorro is giving fans one last incredible show before the year ends.

ABOUT DEORRO
A Los Angeles native and proud Mexican-American, Deorro is the recipient of a 2014 EMPO Award for Best Latin American DJ. He’s also recognized for his massive collaboration with Grammy/Latin Grammy Award-winning Merengue singer Elvis Crespo for “Bailar,” an uptempo worldwide Latin / Dance hybrid smash which hit the Top 10 in 18 countries, #1 in 3 countries, #1 Shazam in 3 markets and Platinum in 4 countries as well as breaking through the US Top 40 chart. After hearing “Bailar,” global hitmaker Pitbull immediately came on board adding his vocals to a new version of the song. This version was the winner of the “Tropical Song Of The Year” at the 2017 Billboard Latin Music Awards.