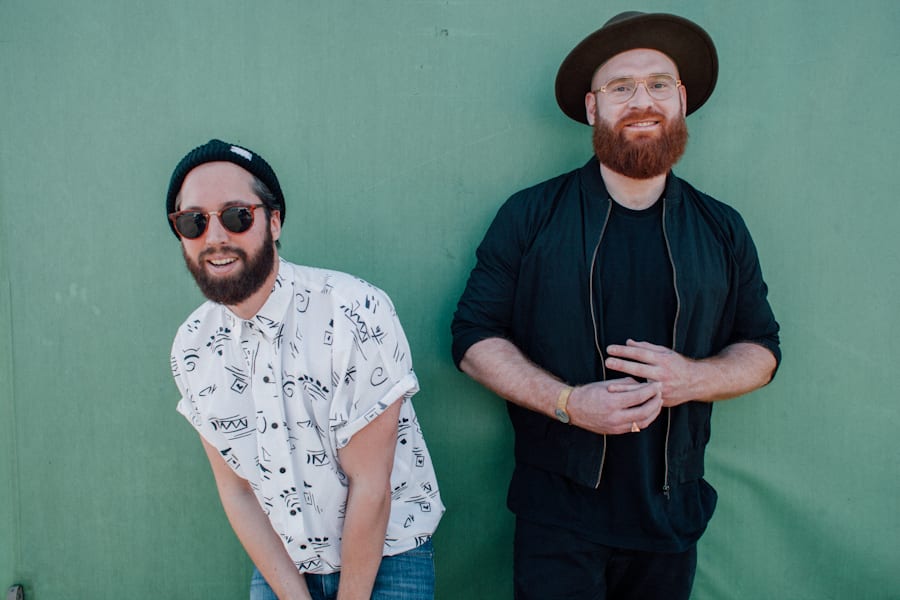 Cologne-born tastemakers and “superhouse” aficionados andhim are set to take North America by storm with their biggest tour yet. The energetic duo will take their talent across the continent during a huge 9-date tour, showcasing their unique and organic party proven sound that has gained them such a dedicated fan-base.

Having first played on US shores only 3 years ago, the pair have not only cultivated a unique following but have also undoubtedly contributed to the revival of the underground electronic music scene on the continent. Kicking off the tour in Seattle for Decibel Festival on September 24th, andhim will no doubt be serving a trademark groove-laden performance before heading on to play their debut show at 1015 Folsom in San Francisco the next day. Continuing their tour, the German duo will head to Flash in Washington DC before traveling up to Canada to take their energetic performance to Coda in Toronto. The pair will make stops at New York’s fabled Verboten, Trade in Miami and Chicago’s Spy Bar before rounding off the circuit at CRSSD Festival in San Diego on October 11th.

Fresh from the European festival circuit, which saw the pair hit up Creamfields, Awakenings, Tomorrowland, Ultra Music Festival Resistance Stage and legendary Ibiza clubs like Pacha and Ibiza to name a few, the Germans are on a dramatic rise to prominence. Alongside the hosting of their ‘Superfriends’ stage at Pleinvrees Heroes Festival in Amsterdam, the Cologne natives released a series of complimentary short videos that gave fans a look at their quirky and engrossing personalities. The pair has also just released the trailer for their tour, titled ‘Odyssey Of The Sausage 2’, which follows the theme of last year’s production as they are once again seen riding their magical ‘super sausage.’ The eccentric video sees the duo trapped in a perpetual loop of internet videos and Hollywood movies that make up American pop culture, a must watch for any andhim enthusiast.

What’s more, the duo are hot off the heels of their extraordinary Essential Mix on Radio 1 and the re-release of their huge hit ‘Boy Boy Boy’ on the seminal Black Butter Records. The release also saw remixes by American native MK and the legendary Joris Voorn make a huge impression on audiences around the world. The pair is thus set to make an even bigger imprint on North America this time round, as they will undoubtedly be showcasing their incredible productions old and new and imbuing their performances with their own unique interpretation of house and techno. The duo also recently proved their undeniable skills as selectors and their ability to adapt when playing an 80s inspired set at the Mixmag Lab earlier this month. With the weird and wonderful music video for their hit ‘Mr.Bass’ and a recent remix for Groove Armada it’s clear that the sky is the limit for this multi-talented outfit.

After a wildly successful 2015 so far, andhim’s inimitable style is sure to lead them to even greater heights before the year is up. Be sure to keep up to date with their socials for all their movements and upcoming activities as they continue on their path for global domination.