Dirty South performs an acoustic version of “Find A Way” 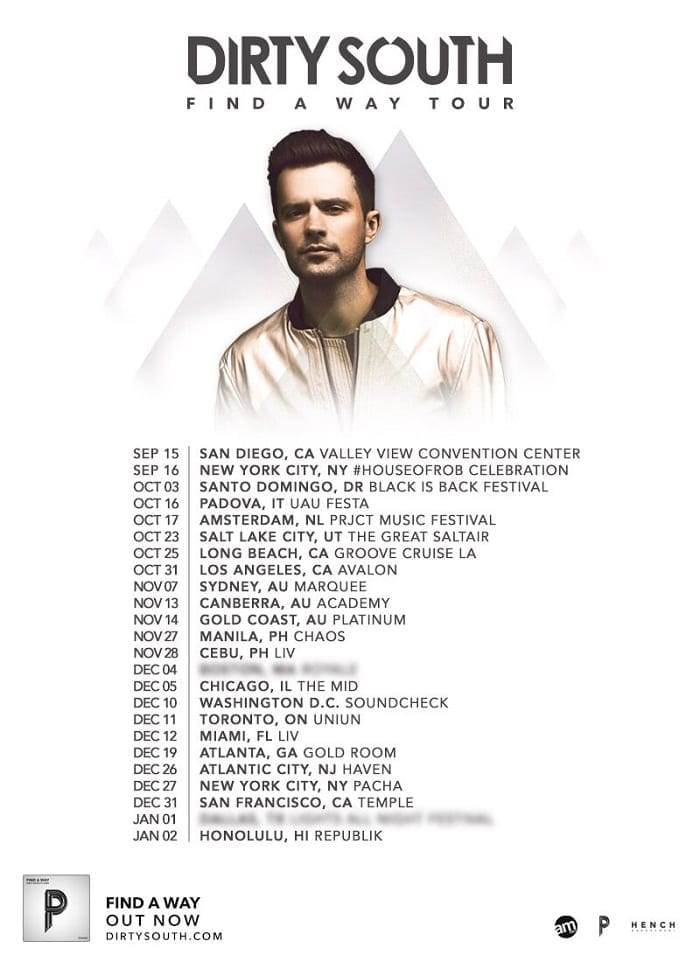 Dirty South performs an acoustic version of “Find A Way”

Following the release of his huge single “Find A Way” ft. Rudy, the Grammy nominated Dirty South is embarking on a worldwide tour named after the track. This musical journey will take him around the globe, through North America, Australia, Europe and Asia, delivering his trademark progressive house to crowds in some of the best clubs and music venues on each continent. The “Find A Way Tour” kicked off in San Diego on September 15th, where Dirty South joined forces with Zedd to deliver an unforgettable show at Valley View Casino Center. There’s plenty of time to catch a show in the city of your choice, with dates through January 2nd, 2016 when “Find A Way” makes its final stop in Honolulu, Hawaii. Keep an eye out for the surprise locations of the December 4th show and the undoubtedly epic New Year’s 2016 performance. Full on-sale date/all events announcement is October 2nd. Tickets can be purchased on www.dirtysouth.com. Get them today and prepare for a true musical journey at the hands of Dirty South.

On top of that Dirty South and Rudy appeared recently on Revolt TV where they’ve performed an acoustic version of “Find A Way”. This is something you don’t see too often!