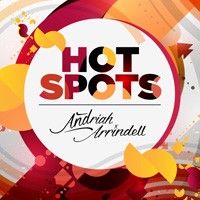 The talented Andriah Arrindell is no stranger to the music scene as this single is released on the back of a successful dance tune called “See You Dance, Dance” which she features on. The single peaked at no# 2 in the music week upfront club charts in June 2014 and in the urban charts is still lightening up the dance floors across Europe and beyond. Other tracks on the Time to Shine album include “Picture Perfect” which has recently had spins on BBC London Introducing and community radio stations across UK.

Andriah has worked on other project that includes: being a member of the London Community Gospel Choir (2003), in 2005 she performed in the music hall of fame with Aretha Franklin and Jamie Cullum, she also performed with Madonna at Live 8 and also did studio work for Julian Lennon. This same year(i.e. in 2005) she sang onstage with Kim Burrell at the Hammersmith Apollo which she describes as “so amazing”. In 2007 she worked as background singer for Shola Ama for two years and supported De De La Soul at the Jazz.

Andriah has been busy recording an album (which showcases her sultry and lovely soprano range) as well as performing and promoting her current single “Time to Shine” at various clubs and festivals in the UK including UK black pride headlined by Micha B . In between this hectic schedule, Andriah is currently performing and showcasing her talents at live shows for various community radio stations (i.e. Brooklands, Liberty etc) and is planning an European tour to promote the single and album.